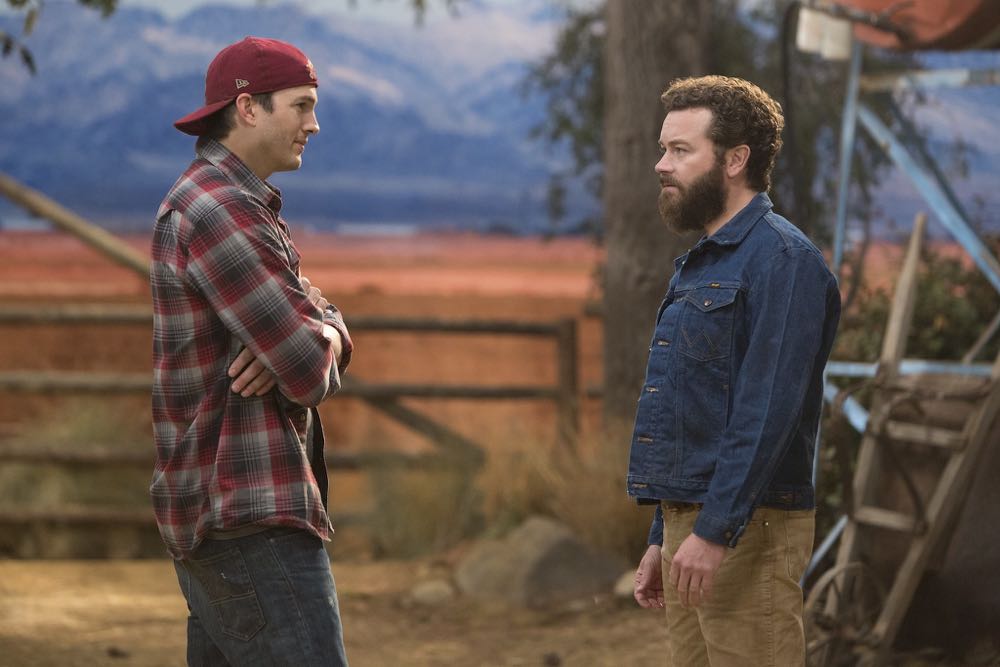 Well, it finally happened. It had to eventually, right? Good things never last forever, and at some point, a winning streak must come to an end. Thus, another giant has been laid low. After a string of terrific shows, such as House of Cards, Orange is the New Black, Love, Flaked, and many more, Netflix finally delivers a dud with THE RANCH, premiering this week.

THE RANCH follows a family who runs a ranch. Clever title, right? Older brother Colt (Ashton Kutcher, Two and a Half Men) left home to become a professional football player, and has now returned with his tail between his legs. This pleases patriarch Beau (Sam Elliott, Justified), but not so much Colt’s older brother, Rooster (Danny Masterson, Men at Work), who is trying to help his unappreciative father keep the homestead afloat. There’s also their mother, Maggie (Debra Winger, Terms of Endearment), who has split from Beau, but runs the local bar and occasionally falls back into bed with her ex.

What you may notice in the series description above is the dichotomy of ideas presented. We have the stupid sitcom tropes, such as one brother receiving much more affection than the other and a formerly married couple who can’t stay apart. Further gross humor is added with limbs in animal orifices and nonchalant coitus interruptus. We also have some actual pathos possible, with a man who has failed at his chosen profession and a proud papa who has trouble accepting help. It takes deft talent to balance the two and make them work within the same show. THE RANCH lacks such finesse.

The problems start almost immediately, and very obviously. THE RANCH contains a laugh track, which sets a certain tone, namely, the base sitcom one. But then the plot points try to stretch the story in deeper directions, which really don’t match the established style at all. The result is an uneven program that serves neither very well, and often feels like it can’t make up its mind about what it is.

The issue is not helped along by the cast. Kutcher and Masterson came up together on That ‘70s Show, a finale example of a half hour comedy, and try to use those honed skills in this unfamiliar environment that doesn’t appreciate them. Elliott’s wit is much drier, and he is clearly more at home in the dramatic moments, even though he steals every scene he’s in. Winger is trying to play goofy, but is naturally not so, and feels just as out of place as Elliott when getting laughs, even when they are earned.

Which begs the question, what happened? Did someone try to make one show, only to have their creative vision derailed by someone else? Was a showrunner replaced halfway through? And if so, why weren’t the existing bits brought in line with where the series went? Or did a group of someones (there is no way this was a vision of a single individual) all try to put their two cents in, and as frequently happens with too many cooks, the result is an indigestible mess?

The simple fact is, everyone involved in this show can do better than this, even Kutcher, much as I might look down at him for some of his career choices. THE RANCH is beneath any mainstream performer or writer, let alone a streaming service that has had pretty good judgment up until now, and it would not surprise me if one season is all this gets. It deserves even less, and if it were on a broadcast network, I could easily see it pulled two or three episodes into the season. But that won’t be the case here.