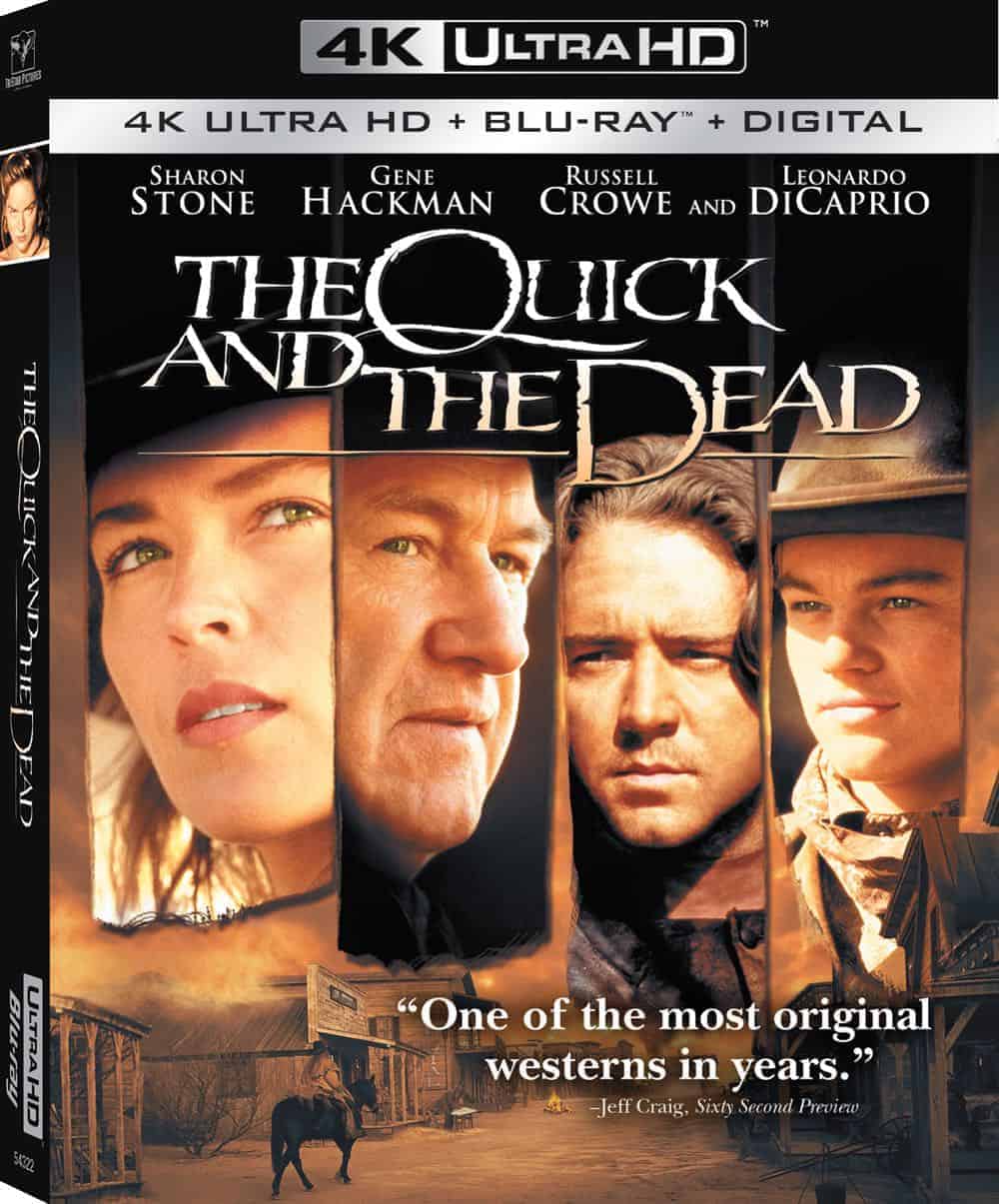 Synopsis:
In this edgy and darkly humorous Western, a mysterious young woman rides into the lawless town of Redemption to settle an old score that has haunted her since she was a child. She becomes swept up in a deadly quick-draw tournament and, in order to win her revenge, must compete in a contest in which gunslingers from all over put their lives on the line for fame and fortune.

THE QUICK AND THE DEAD 4K Ultra HD:

THE QUICK AND THE DEAD Bonus Materials Include: