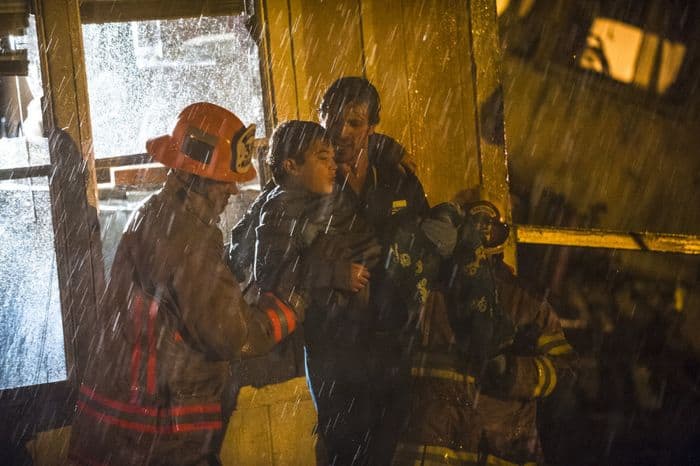 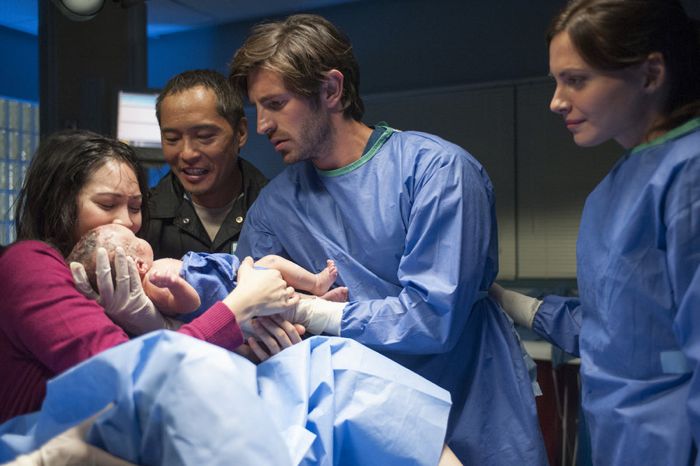 THE NIGHT SHIFT Season 1 Episode 5 Photos Storm Watch : AN EPIC STORM WREAKS HAVOC AT SAN ANTONIO MEMORIAL – TOPHER’S WIFE GOES INTO LABOR WHILE STRANDED OUT IN THE STORM – RAGOSA CONVINCES JORDAN’S BOYFRIEND SCOTT TO JOIN THE HOSPITAL STAFF – SCOTT WOLF GUEST STARS – An epic storm hits San Antonio and the emergency room is awash in patients and must use their battlefield skills to deal with massive power outages. TC (Eoin Macken) and Dr. Scott Clemmens (guest star Scott Wolf) race to the scene of a mudslide disaster to treat a gravely injured mother and her son. Paul (Robert Bailey, Jr.) rises to the challenge of caring for the boy, whose condition takes an unexpected turn for the worse. Scott considers an offer from Ragosa (Freddy Rodriguez) to join the hospital staff as head trauma surgeon. Jordan (Jill Flint) isn’t sure that’s going to work out with the tensions between TC and Scott. Landry (Daniella Alonso) is caught by surprise when a family member (guest star A. Martinez, “Longmire”) shows up at the hospital looking for money to cover his debts. She finds some needed moral support from Ragosa. Meanwhile, Topher (Ken Leung) must head out into the storm to help his wife who is stranded and going into labor with twins. Brendan Fehr, Jeananne Goossen and JR Lemon also star.