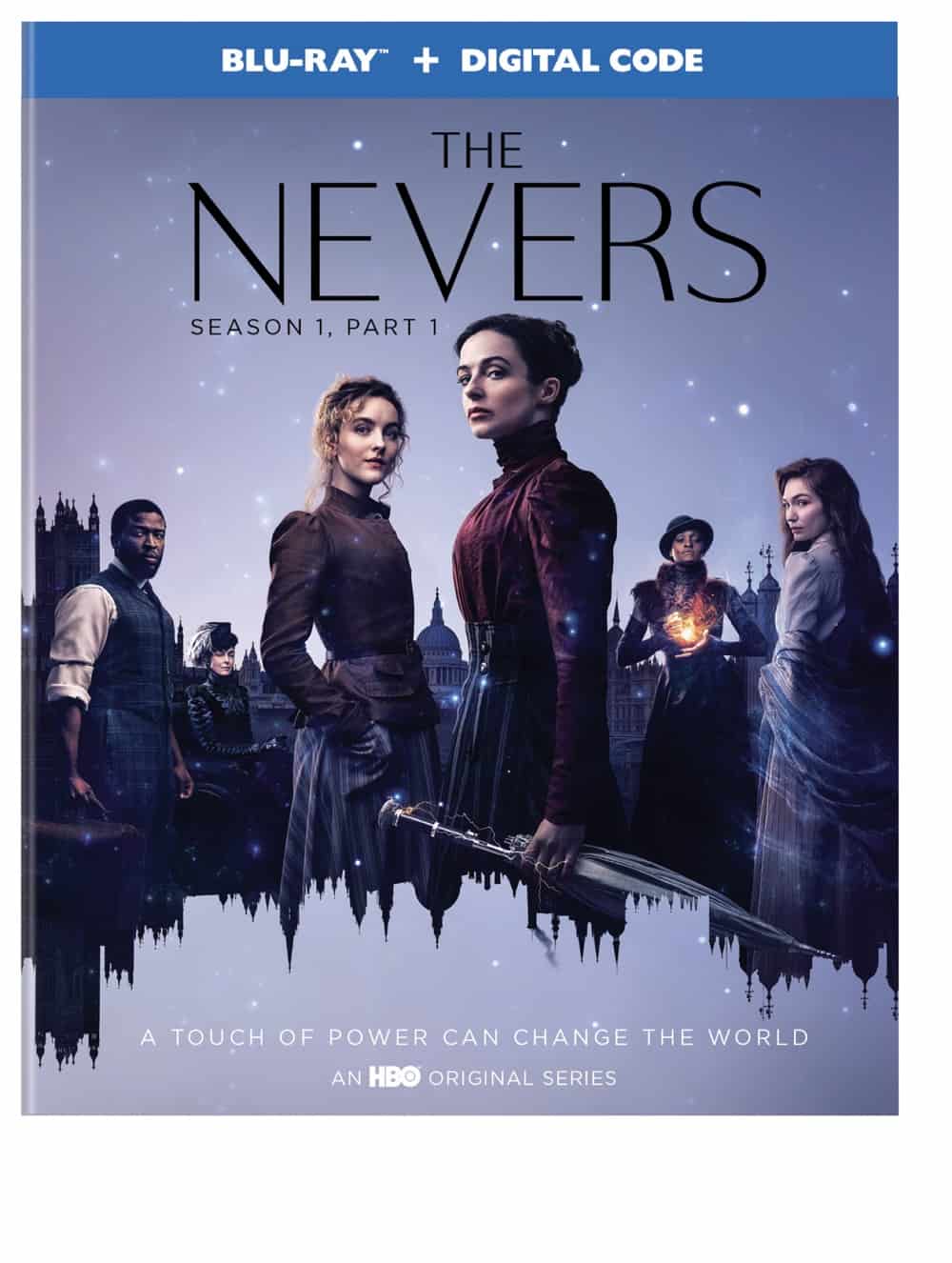 In Victorian England, a gang of women suddenly manifest unusual supernatural powers and find themselves on a mission that may very well change the world, in HBO’S thrilling new, science fiction, period drama The Nevers: Season 1 Part 1, to be released on Blu-ray and DVD October 5, 2021 by Warner Bros. Home Entertainment. Nominated for an Emmy® Award* The Nevers: Season 1, Part 1 features six one-hour episodes from the series’ first season, plus over two hours of bonus features including two all-new exclusive featurettes. The Nevers: Season 1 Part 1 retails for $24.98 SRP ($29.98 SRP Canada) for the DVD and $29.98 SRP (39.99 SRP Canada) for the Blu-ray, which includes Digital Copy (US Only). The Nevers Season 1 Part 1 is now also available to stream on HBO Max and to own on Digital via purchase from digital retailers.

*Nominated for Outstanding Special Visual Effects in a Single Episode

The Nevers: Season 1 Part 1  is now available to own on Digital. Digital allows consumers to instantly stream and download all episodes to watch anywhere and anytime on their favorite devices. Digital is available from various retailers including Apple TV, Amazon Video, Google Play, Vudu, Xbox and others.