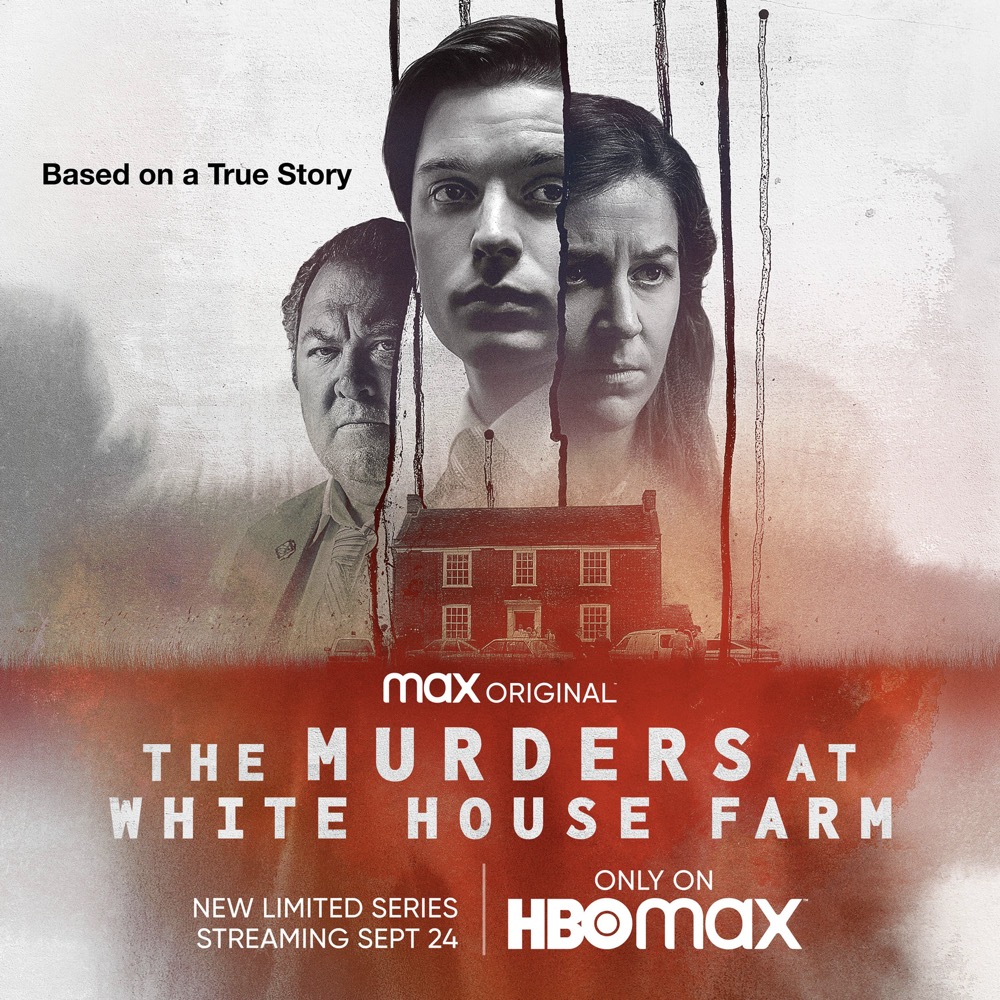 All six episodes will premiere Thursday, September 24 on HBO Max.

An infamous true crime story. Over thirty years ago, three generations of one family were murdered at their isolated farm. Initial evidence pointed the finger at the daughter of the family who had a history of mental illness, however one detective refused to accept this and delved deeper into the investigation. His determination uncovered new evidence that shed suspicion on another family member. This is a dramatized true crime story based on extensive research, interviews and published accounts, looking at the mystery behind what happened that fateful day.

Produced by New Pictures, in association with all3media international, the series is written by Kris Mrksa and Giula Sandler and directed by Paul Whittington. It is executive produced by Willow Grylls, Charlie Pattinson, Elaine Pyke and Kris Mrksa and produced by Lee Thomas.

The Murders at White House Farm: The Podcast co-produced by iHeartRadio and HBO Max, will also launch on Thursday, September 24, and can be heard on HBO Max, iHeartRadio and everywhere podcasts are available.