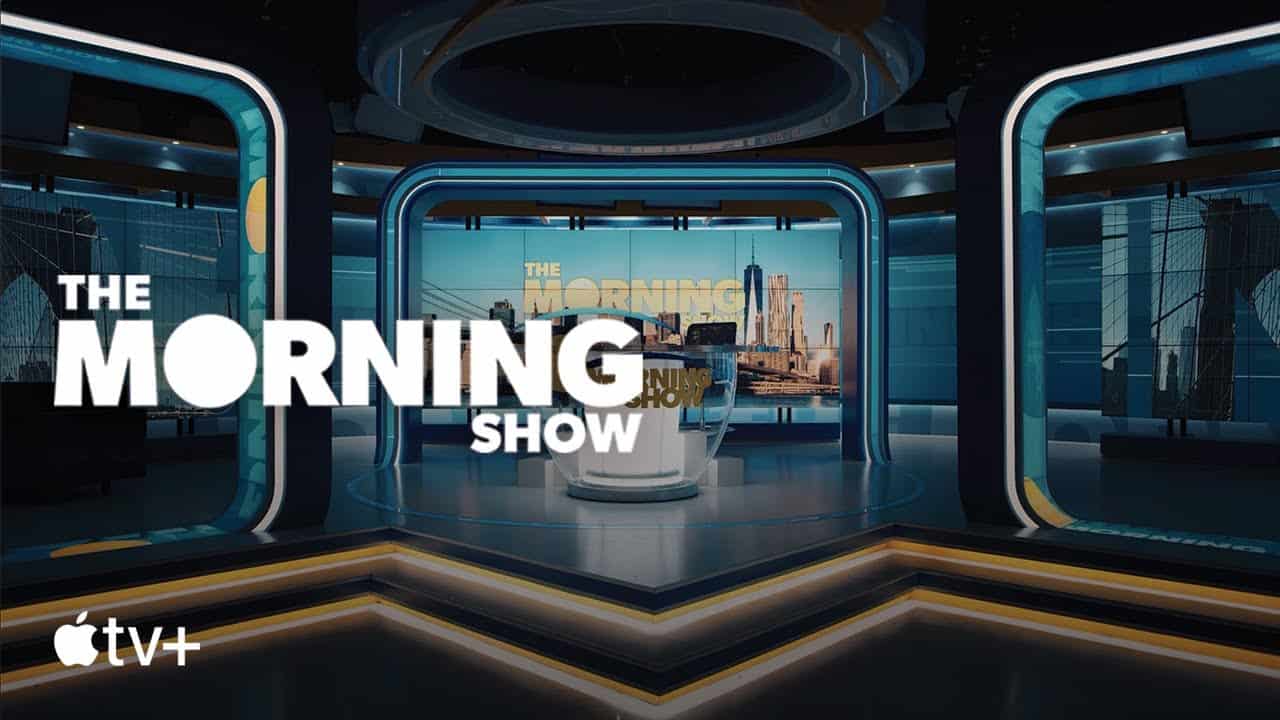 WARNING: This review contains spoilers for the first three episodes.

One of Apple TV+’s new dramas is THE MORNING SHOW. Set at a Good Morning America type of series, the program follows anchors past and present as they navigate through the current political climate and their own ambitions. Featuring an all-star cast, this is probably the best program I’ve seen from the brand-new streaming service so far.

The plot of THE MORNING SHOW is beyond juicy. It has the #MeToo controversy that is still so relevant, but also all manner of scheming and backstabbing. While none of the characters come off as unlikeable, there is plenty of insecurity and ambition. Besides those mentioned above, behind-the-scenes staff Hannah (Gugu Mbatha-Raw, Touch) and Mia (Karen Pittman, Luke Cage) seem like key players, as does Alex’s secretly estranged husband, Jason (Jack Davenport, Smash). So there’s no shortage of participants, and not all of their motivations are immediately clear.

Add to all the individual concerns, there’s the business perspective of a network and a popular, but struggling, series that that must be taken into consideration. The Morning Show is losing ground to competitor Audra (Mindy Kaling, The Mindy Project) and looking to shake things up; Cory himself is a new approach. So even before Mitch blows everything up, there’s tension. But with this latest development, no easy way out is apparent, leaving the cast to fight amongst one another.

What’s more, there are actual questions of journalism and responsibility layered in. Bradley is temperamental, to be sure, but there’s a level of genuineness and naivety to her role. She believes in the profession and the mission, and doesn’t like being used as a pawn, which she’s smart enough to pick up on immediately. Will she bring back what The Morning Show needs to rise again, or will it chew her up and force her to be something she isn’t? And which needs to happen for the show to succeed? This isn’t The Newsroom, after all, and drama can equal ratings.

Perhaps the toughest part for some to swallow is the effort made to humanize Mitch. It’s very easy to write him off as soon as the rumors start, and the all-too-ripped-from-the-headlines button under his desk does him no favors. But then, in the third installment, Mitch is talking to his high-profile friend (Martin Short, Saturday Night Live) about snap judgments and nuance, and there’s a moment where some may start to feel sorry for Mitch. Not because his behavior was excusable (it isn’t), but because he truly doesn’t know why he’s been taken down, or how what he did was wrong. Should inappropriate consensual relationships be a death knell for a career? As a straight, white man, I refuse to weigh in on that and I certainly understand how some may have no sympathy for him, but I’m fascinated by the questions raised. What is an appropriate punishment for the details of his case?

Reviews for THE MORNING SHOW have been mixed, but I like it. It’s smart, it’s quick, and it makes you think about things we should all be considering more carefully than we usually do. Catch it now on Apple TV+.