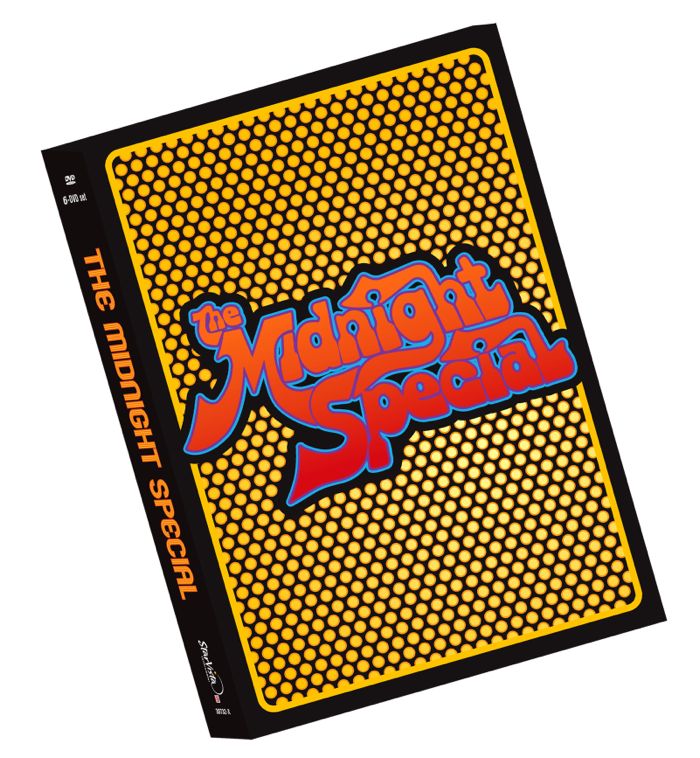 Seat42f and StarVista have teamed up to give THREE lucky winners a copy of THE MIDNIGHT SPECIAL on DVD. For a chance to win leave a comment below telling us why you want to add THE MIDNIGHT SPECIAL to your DVD collection. Only one entry per person. Contest ends September 23rd. Winners will be notified on September 24th via email so make sure to use a valid email address when you post your comment.

Back in the early ’70s, the only ways for fans to see their favorite rock stars were in concert or in the pages of magazines like Rolling Stone or Creem.  So the idea for The Midnight Special, which ran on NBC from 1972 to 1981, came to creator Burt Sugarman in a light-bulb moment.  A veteran of producing Grammy Awards telecasts, Sugarman was frustrated by the network’s lack of programming after the The Tonight Show — the screen reverting to test patterns at 1:00 a.m.   A next-door neighbor to Johnny Carson, Sugarman recognized this TV wasteland for what it was: a place where he could cater to an audience that craved seeing its latest rock ‘n’ roll heroes brought into their living rooms every Friday night.  And, with the pilot, which premiered at 1:00 a.m. on August 19, 1972 with Johnny Rivers rendition of “The Midnight Special,” Leadbelly’s classic gospel song, he did just that.

“The Midnight Special was one of the greatest music television shows that was ever done.”
— Barry White

The Midnight Special’s eclectic lineup reflected the show’s commitment not only to rock,  but also to mirroring the Top 40 melting pot of the 70s, including genres such as folk, blues, R&B, soul, country and pop.  For much of the run, the show was presided over by the legendary, gravelly-voiced DJ Wolfman Jack (Brooklyn-born Bob Smith), who was recruited as a perma­nent announcer and made his debut in Episode 2; he would go on to become the living symbol of the show and a powerful draw for perform­ers who were more than happy to share the stage with him.  A variety of guest hosts appeared along with Wolfman Jack over the years including such ’70s music icons as the Bee Gees, David Bowie, Alice Cooper, Loggins and Messina, Richard Pryor, The O’Jays, Electric Light Orchestra, KC & the Sunshine Band, plus frequent host Helen Reddy.  Viewers and members of the studio audience were treated to one-of-a-kind concert events direct from The Midnight Specialstages featuring anyone from Aerosmith, Alice Cooper, Bee Gees and Earth, Wind & Fire to Electric Light Orchestra, Fleetwood Mac, Heart, Jim Croce or John Denver, performing their biggest hits live.  Additionally, The Midnight Special featured the day’s top comedic talents, such as Richard Pryor, Billy Crystal, George Carlin, Andy Kaufman, Steve Martin and Freddie Prinze, among many others.

With nearly 10 hours of live performances, THE COLLECTOR’S EDITION features a roster of “who’s who” in ’70s music, including:

THE COLLECTOR’S EDITION also includes some unique collaborations that were a hallmark of The Midnight Special, such as:

“It was so electric in the studio. We knew we were blazing new trails.”
— Creator Burt Sugarman

A musical micro­cosm of its era with highlights offering some of the most indelible moments of the ’70s airwaves, The Midnight Special has, at long last, been preserved for music lovers everywhere.  And with in-depth featurettes and interviews, home audiences can truly visit the ’70s anytime, courtesy of StarVista Entertainment/Time Life.