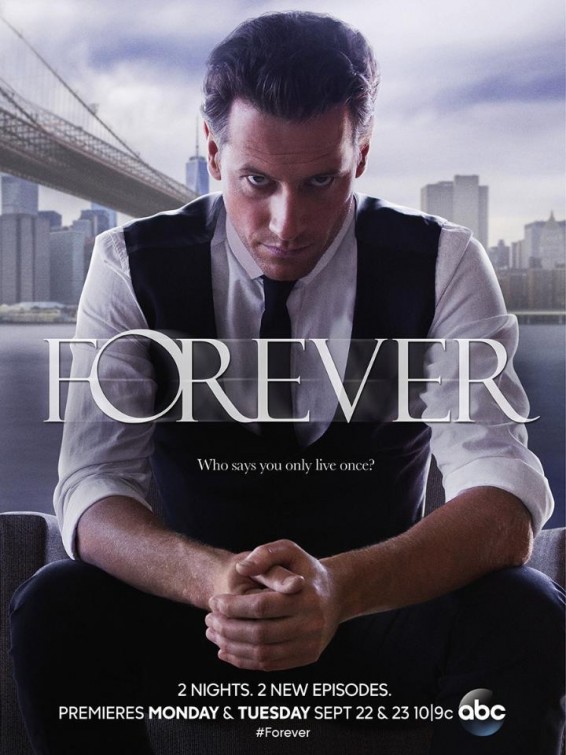 What if you could be immortal and live forever? Would you find it a blessing or a curse? Meet Dr. Henry Morgan (Ioan Gruffudd), New York City’s star medical examiner who has an unusual secret. He doesn’t just study the dead to solve criminal cases – he is trying to solve a mystery that has eluded him for over 200 years: his own inexplicable immortality. Henry’s exciting, adventurous and intriguing long life has blessed him with amazing insight and observational skills, which not only impresses his new partner, Detective Jo Martinez (Alana De La Garza), but piques her curiosity about who he is. Each week, a new case and their budding friendship will peel back the layers of Henry’s colorful extraordinary past, on ABC’s new drama, “Forever.”

Henry and Jo combine to make a powerful crime fighting team. Henry, with his charming wit, charisma and an eerie knowledge not just of police procedure but the whole culture, finds an apt collaborator in Jo. Her personal history thrust her into law enforcement, making her an outstanding cop who can connect with the criminal mentality. They both are hiding pieces of their lives and both have lost a great love, albeit Henry’s stretches back some years. Henry met his beloved Abigail during World War II. On the other hand, Jo lost her husband a year-and-a-half ago. She finds a sympathetic ear in Henry, but his “Sherlockian” perception and his straight forward, no nonsense approach to people both fascinates and frustrates her. How does this man know so much? Will she discover who the real Henry is?

However, Abe (Judd Hirsch) is Henry’s best and only friend. He also is the only one who knows Henry’s secret and the two men share an unconventional bond. A romantic at heart, Abe is the more optimistic of the two. However, even though he has an active social life, something is keeping him from getting serious with any woman.

As Henry soon discovers, someone else knows his secret. He may not be the only “immortal” out there. It’s just part of the captivating mystery surrounding Henry’s strange circumstances and his long search to uncover the cause of his condition and escape.