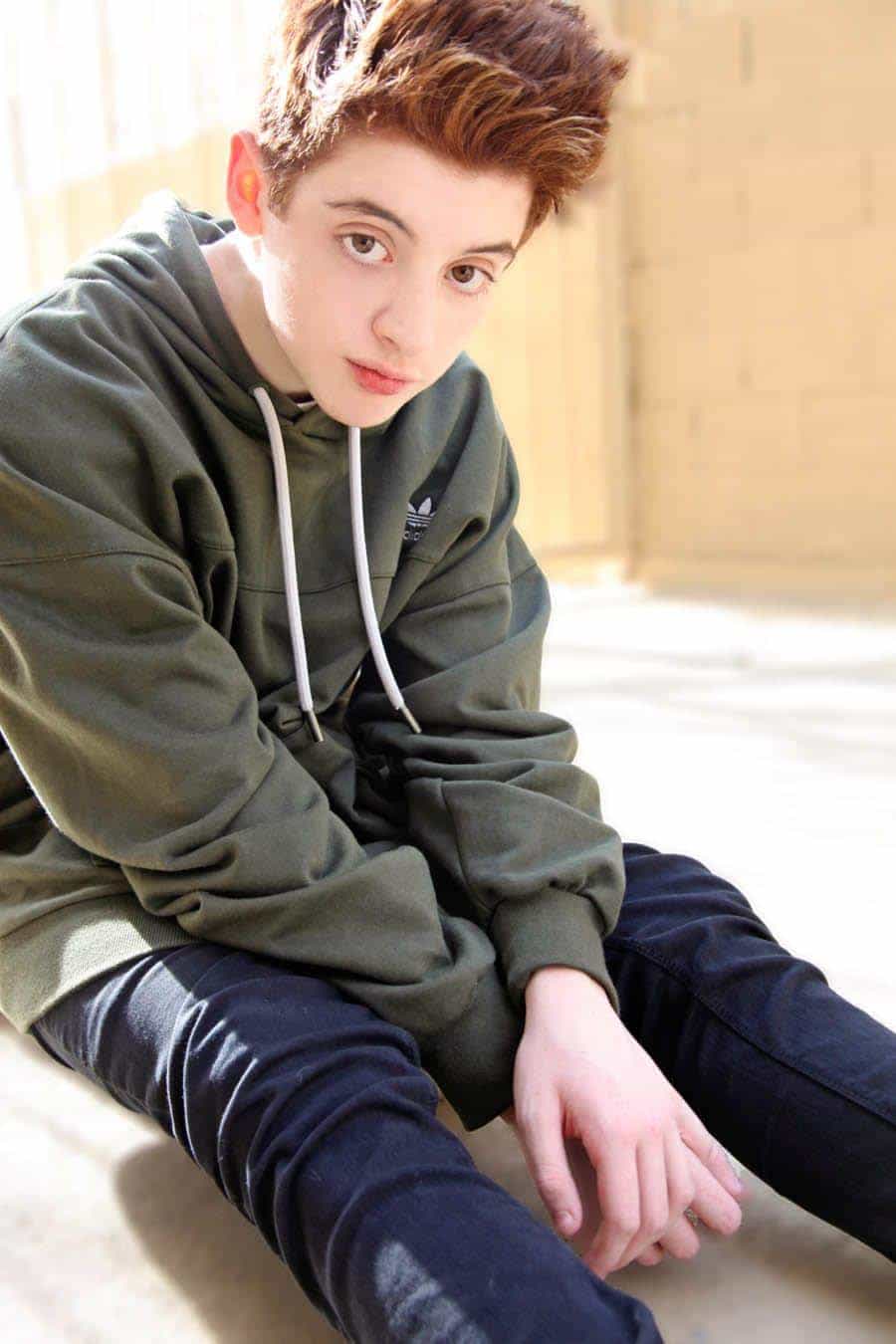 Bringing his style and talents to the Fox comedy series THE MICK is upcoming young adult actor Thomas Barbusca.  Portraying a teen striving to be an adult after his parents flee the county from tax evasion charges, Thomas wonderfully balances the challenges of a modern Millennial grappling with today’s world of social media as well as being unexpectedly foisted into the life of an unprepared and unsuspecting relative.  It is with deft comedic style that Thomas inhabits the role of Chip Pemberton.  In an exclusive interview, Thomas talks about the experience of working on THE MICK and being a young adult working actor in today’s world.

What initially appealed to you about the role of Chip Pemberton working on Fox’s comedy THE MICK?
THOMAS:  I knew Chip was going to be a fun character that I could really have fun with. The script was amazing and when I heard Kaitlin [Olson] was going to be apart of it, it sealed the deal for me. I’m a big fan of hers.

How would you describe who your character Chip is?
THOMAS:  Entitled, self-important, troubled, but deep down has a good heart.

What do you most admire and/or like about him?
THOMAS:  I do like that Chip is always trying to be the man of the house and take over for his dad not being there.

What is it like working alongside Kaitlin Olson, Sofia Black-D’Elia, Jack Stanton, Carla Jimenez and Scott McArthur?
THOMAS:  Every day I pinch myself that I am working with such amazing talent. They make me a better actor because I am learning so much just watching them.  I feel grateful!

What have been your favorite scenes with each of their characters?
THOMAS:  Definitely “The Wolf” episode with Kaitlin.  She’s a comedic genius who’s super chill too. I also loved “The Master” episode with Sofia. We were really going for it, throwing each other around. It was a lot of fun. Any and every scene with Scott is hilarious and it’s hard for me to keep a straight face. All my scenes with Ben are cool because I am always trying to be the big brother. He’s just the cutest kid ever. Majority of my scenes with Alba, I’m usually telling her she needs to be doing more around the house which is typical Chip. I would like to see Alba and Chip steal one of the family cars and go joy riding. She’s hysterically funny.

What has been your favorite part about working on the show?
THOMAS:  Honestly, just working everyday with this cast has been the best experience.

As an actor, what do you think you have learned from working on THE MICK so far?
THOMAS:  Getting to work with such a talented cast and crew helps make me a better actor.

What do you hope viewers to take away from watching THE MICK?
THOMAS:  I hope people just take our show as it is. Light and not so serious. Just prepare to laugh the entire show.

You also recently costarred in the Netflix series ONE DAY AT A TIME. What was that experience like for you?
THOMAS:  They were awesome! Some of the best people to work with. They really welcomed me and I had a great time.

What has surprised you most about your career so far?
THOMAS:  I feel blessed to be able to do what I love.  It’s been pretty cool so far.

Then what are the perks of where you are in your career right now?
THOMAS:  It’s pretty cool to have so many fans that love and support me. It’s weird, but it’s very humbling and I appreciate it.

Has there been any great advice you have gotten?
THOMAS:  The best advice I’ve received is to stay focused and grounded.

What advice would you offer to other upcoming and aspiring actors?
THOMAS:  If it’s something you love to do, then follow your dream.  There will be up and downs, but if you truly love it, stay with it.

Do you have any other upcoming projects that you can share that fans should keep an eye out for?
THOMAS:  I just finished an independent film called “Search.”

To see more of Thomas’ fun work, be sure to keep an eye out for the Season 2 premiere of THE MICK when the show returns this Fall on Tuesday nights at 9:00 p.m.   He can also be seen in the online series ONE DAY AT A TIME currently available for binge-watching on Netflix. To follow Thomas’ career and his upcoming projects, you can also follow him on Twitter: @thomasbarbusca