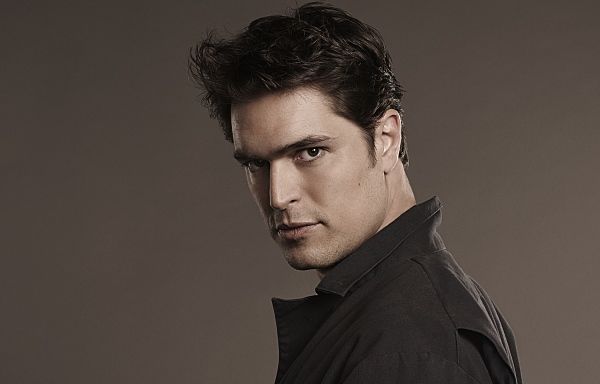 Making its big debut tonight is the CW’s new drama series THE MESSENGERS.  After what seems like a meteor leaves a massive crater on the Earth’s surface, an energy blast is sent out hitting seven special people in the far corners of their lives across the United States — yet what really left that imprint on the planet was actually a man falling from the sky.  In THE MESSENGERS, viewers will meet the Mysterious Man, portrayed by Diogo Morgado.  The Mysterious Man is seemingly just a man, but after seeing his initial interactions with those who encounter him, his true intentions do not seem all that benevolent.

Based on at the events that are foretold in the Book of Revelations, THE MESSENGERS is about seven people chosen to be the messengers of God in the end of times — but they do not know it yet.  So what if the end of times had begun and the messengers were walking amongst us?  Would we even recognize them?  Would they even know what they needed to do?  And just who might be out there that wants to stop them?

In an exclusive interview, star Diogo Morgado candidly talked about the Mysterious Man and his ulterior motives in trying to reach out to the messengers before their final paths are fully determined.

As Diogo revealed, while the Mysterious Man does not share in the gifts given to the messengers, he does have the ability to see into a person’s heart and senses the darkness in their souls.  He can then use that to try to manipulate them or bend them to his will.  Diogo clearly loves portraying this complex character, but is firm in reminding everyone that this is not a man to root for — the Mysterious Man is the villain in this story and deserves to be feared.  He will be the thing that everyone fears in the darkness.  Diogo also said that the arrival of the Four Horsemen of the Apocalypse as portrayed in THE MESSENGERS is going to be epic.  This is not just a tale of reluctant heroes or the temptation of God’s chosen, it is a tale of the end of times and there is a battle to be fought.

To see what the Mysterious Man has in store and whether mankind can be saved, be sure to tune in for the premiere of THE MESSENGERS on Friday, April 17th at 9:00 p.m. on the CW.

Also sharing their perspective on how THE MESSENGERS events unfold and what part their characters have to play, be sure to check out these video interviews with co-stars Craig Frank, Shantel VanSanten, JD Pardo, Anna Diop, Joel Courtney, and Jon Fletcher.