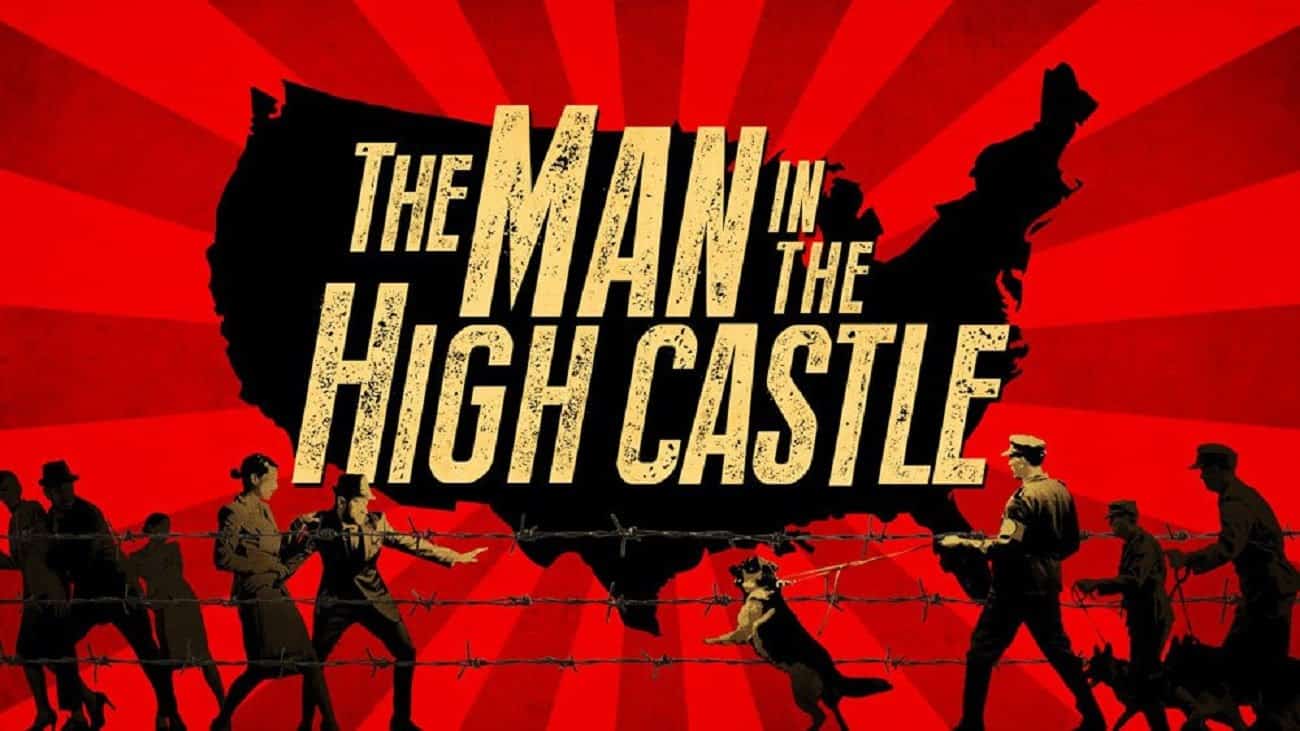 Amazon’s newest drama is called THE MAN IN THE HIGH CASTLE. Based on the novel of the same name by Philip K. Dick, the story is set in an alternate 1962, in which the United States lost World War II in 1947, and now lives under the harsh rule of the Axis powers. In this landscape, a film reel showing the Allies winning the war begins circulating, and those in charge become intent to kill all who come across it.

The former United States looks very different in THE MAN IN THE HIGH CASTLE. The West Coast is now Japanese territory, while the Midwest and the East wave a Nazi flag. In between is a nearly lawless neutral zone, which characters from both sides venture into, and seems to be where a large part of the action will take place. While people are generally the same, the country is virtually unrecognizable, with everything from jobs to technology affected.

It’s under these conditions that the intrigue plays out. There is no love lost between the Japanese and the Germans, who have become locked in a Cold War, being the two super powers left in the world. Only Adolf Hitler holds the tenuous peace together, and with his health failing, it looks like things may soon devolve into violence once more.

It’s interesting to see Hitler cast as a peacemaker. It makes sense, given the way the pilot plays out, and it reinforces the wisdom that history is written by the victor. Life isn’t great for the conquered Americans, having lost their freedom, but it isn’t horrible, most going on mainly as normal. With the Great Depression having exacted a heavy toll and work still scarce, many who might revile Hitler are now counting on him to hold everything together.

THE MAN IN THE HIGH CASTLE has a lot going on. I know I’ve said that about other shows, but it seems especially true about this one. There are the larger political machinations, as mentioned above, but there’s also a rebellion and the more personal story around the film reel., I give the writers credit for balancing all of this, likely inspired by Dick, who packed a lot in a relatively short novel. The show manages to tell various stories on different scales and not feel scattered or messy.

On the personal level, front and center, is Juliana Crain (Alexa Davalos, Mob City). Living in San Francisco, studying martial arts, she embraces the best parts of the new world. But when her half-sister gives her the reel mentioned above, she feels compelled to follow the trail, taking her into the neutral zone, an area she knows nothing about.

Her counterpart from the German side is Joe Blake (Luke Kleintank, Bones), a truck driver who also has a reel. They come together seemingly by happenstance, but both seem destined to be intertwined. Their connection isn’t romantic, with Juliana having a steady beau at home. Instead, it seems like they are playing a part in something much bigger than themselves, with little foresight into what might happen next.

THE MAN IN THE HIGH CASTLE’s first episode intrigues and engages. There characters are interesting, and while it isn’t populated by an A-list cast, there are a number of familiar faces, all of whom do an excellent job. The world, realistically painted, is complex and vast, and the balance between the elements is expertly managed. I have nothing bad to say about it, and look forward very much to diving into the next installment.

THE MAN IN THE HIGH CASTLE is available now on Amazon.com, with the first two episodes currently free for everyone.