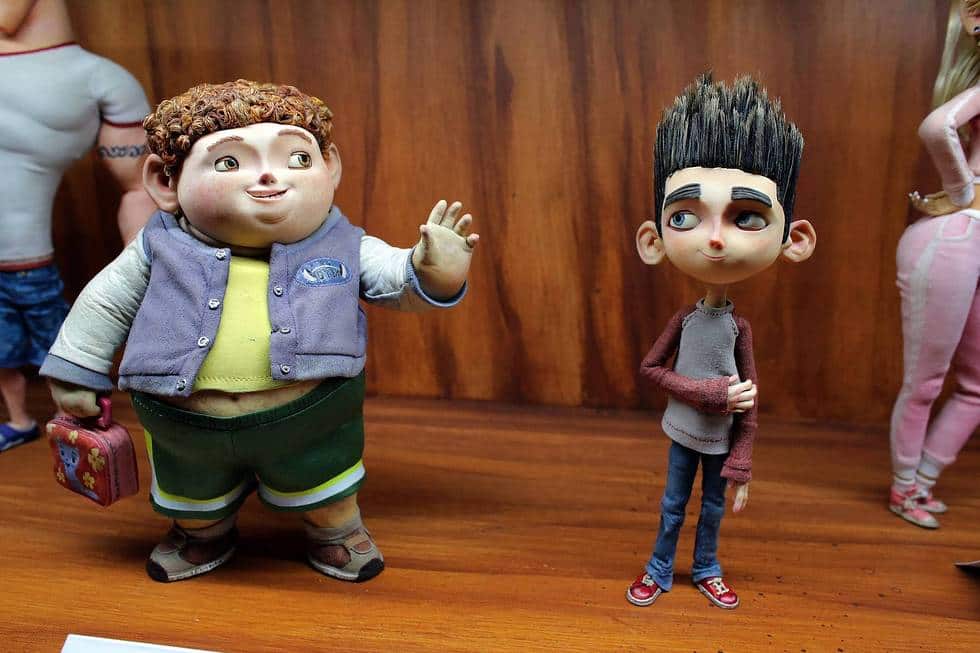 Oscar®-winning animation studio LAIKA, creators of Coraline, ParaNorman, The Boxtrolls and Kubo and the Two Strings, brings its pop-up exhibit The LAIKA Experience to the heart of San Diego’s Gaslamp Quarter from Friday, July 14th to Sunday, July 23rd.  Admission is free to the exhibit, which will feature props, puppets, monsters, and sets from LAIKA’s award-winning films as well as fan art, a photo/GIF booth with LAIKA characters, daily drawings for a pair of Nike’s LAIKA-themed shoes designed by Tinker Hatfield, social media activations, LAIKA merchandise offered for sale (including a new limited edition Coraline doll and display case), giveaways, and more.  In addition to the pop-up exhibit, LAIKA’s walkaround costumed characters will appear at various locations in the Gaslamp Quarter for fan interaction and photos.

Travis Knight, President & CEO of LAIKA and director of Kubo and the Two Strings, will autograph merchandise purchased at the exhibit on Friday, July 21st at 3pm.

The LAIKA Experience, the innovative and interactive pop-up event, will be located at 520 Fifth Avenue and will feature an up-close look at the artistic detail and imagination behind LAIKA’s groundbreaking films, all of which have been nominated for Academy Awards® and numerous other honors. The exhibit will showcase the evolution of the studio’s unique blend of handcrafted stop-motion animation and visual effects magic in four imaginatively themed rooms inspired by each of LAIKA’s films.  The extensive display of original sets, puppets and props will immerse guests in LAIKA’s fantastical worlds.

“LAIKA’s films are a unique fusion of art, craft, science, and technology, commingling cinema’s history with the future of film. But our techniques are often shrouded in mystery,” says President & CEO Travis Knight.  “The LAIKA Experience offers a rare opportunity to peel back the curtain, giving fans an immersive, up-close look at our process, characters, worlds, and dreams made manifest.”

“At LAIKA we’re thrilled to take our ‘act on the road’,” says Brad Wald, CFO and Senior Vice President of Business Operations.  “Past LAIKA exhibits at Universal Studios and the Japanese American Museum  have been fan favorites and proved very successful in launching our new consumer products initiative, leading us to bring several ‘exclusive’ items with us to San Diego.  All of these exhibits, including a major eight-month long retrospective at the Portland Art Museum starting this October, are a direct response to our global fans clamoring to see more LAIKA in the marketplace. We’re thrilled to bring LAIKA directly to them where they can connect with the studio in a more intimate way.”

What to See and Do:

Fueled by the vision of its owner, Nike co-founder and former Chairman Philip H. Knight, and its President & CEO Travis Knight, feature film animation studio LAIKA was founded in 2005.  Located just outside Portland, Oregon, LAIKA was awarded a Scientific and Technology Oscar® for its innovation in 3D printing in 2016.  Its four films, Kubo and the Two Strings (2016); The Boxtrolls (2014);ParaNorman (2012), and Coraline (2009) were all nominated for Oscars® and PGA Awards as Outstanding Animated Film.  Kubo, which marked the directorial debut of Travis Knight, also received an Oscar® nomination for Outstanding Visual Effects.  Kubo won this year’s BAFTA Award as well as three Annie Awards, the National Board of Review and 19 regional and critics’ group awards.  The Boxtrollsalso earned Critics’ Choice and Golden Globe Award nominations and 13 Annie Award nominations, more than any other film that year. ParaNorman garnered BAFTA, Critics’ Choice, and GLAAD Media Award nominations and won two Annie Awards and was cited as the year’s best animated film by 14 critics’ groups.  Coraline earned Golden Globe, BAFTA, and Critics’ Choice nominations, and was named one of the year’s 10 Best Films by the American Film Institute (AFI). For more information, visit http://www.LAIKA.com.