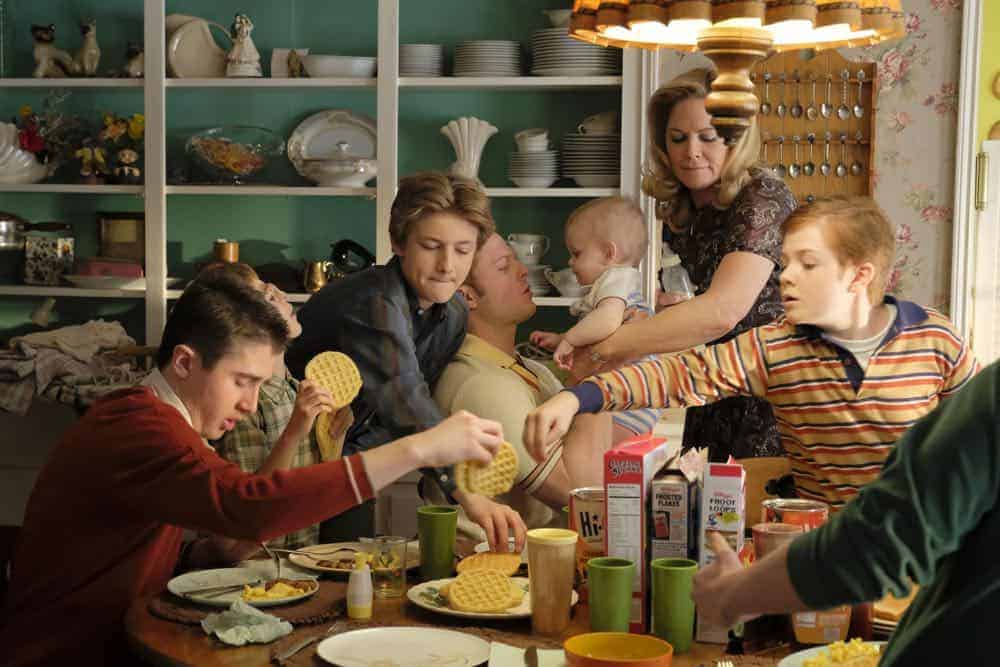 THE KIDS ARE ALRIGHT Season 1 Episode 1 Photos Pilot – From creator and executive producer Tim Doyle (“Last Man Standing,” “The Real O’Neals”) comes “The Kids Are Alright,” a series inspired by his childhood. This ensemble comedy starring Michael Cudlitz (“The Walking Dead,” “Southland”) and Mary McCormack (“In Plain Sight,” “West Wing”) follows a traditional Irish-Catholic family, the Clearys, as they navigate big and small changes during one of America’s most turbulent decades. The series premieres TUESDAY, OCT. 16 (8:31-9:00 p.m. EDT), on The ABC Television Network, streaming and on demand.

Set in the 1970s in a working-class neighborhood outside Los Angeles, Mike and Peggy raise eight boisterous boys who live out their days with little supervision. The household is turned upside down when oldest son Lawrence returns home and announces he’s quitting the seminary to go off and “save the world.” Times are changing and this family will never be the same. There are 10 people, three bedrooms, one bathroom and everyone in it for themselves.

In the premiere episode, “Pilot,” Lawrence, the prodigal eldest Cleary son, returns home from the seminary and breaks the news to his family that he’s dropping out for good, leaving Mike and Peggy upset and wondering why. Meanwhile, Timmy decides he wants to audition for a children’s theatre production but when Peggy finds out where it’s being held she forbids him from participating. Elsewhere, Eddie tries to keep his girlfriend a secret after Frank finds out and tries to blackmail him.