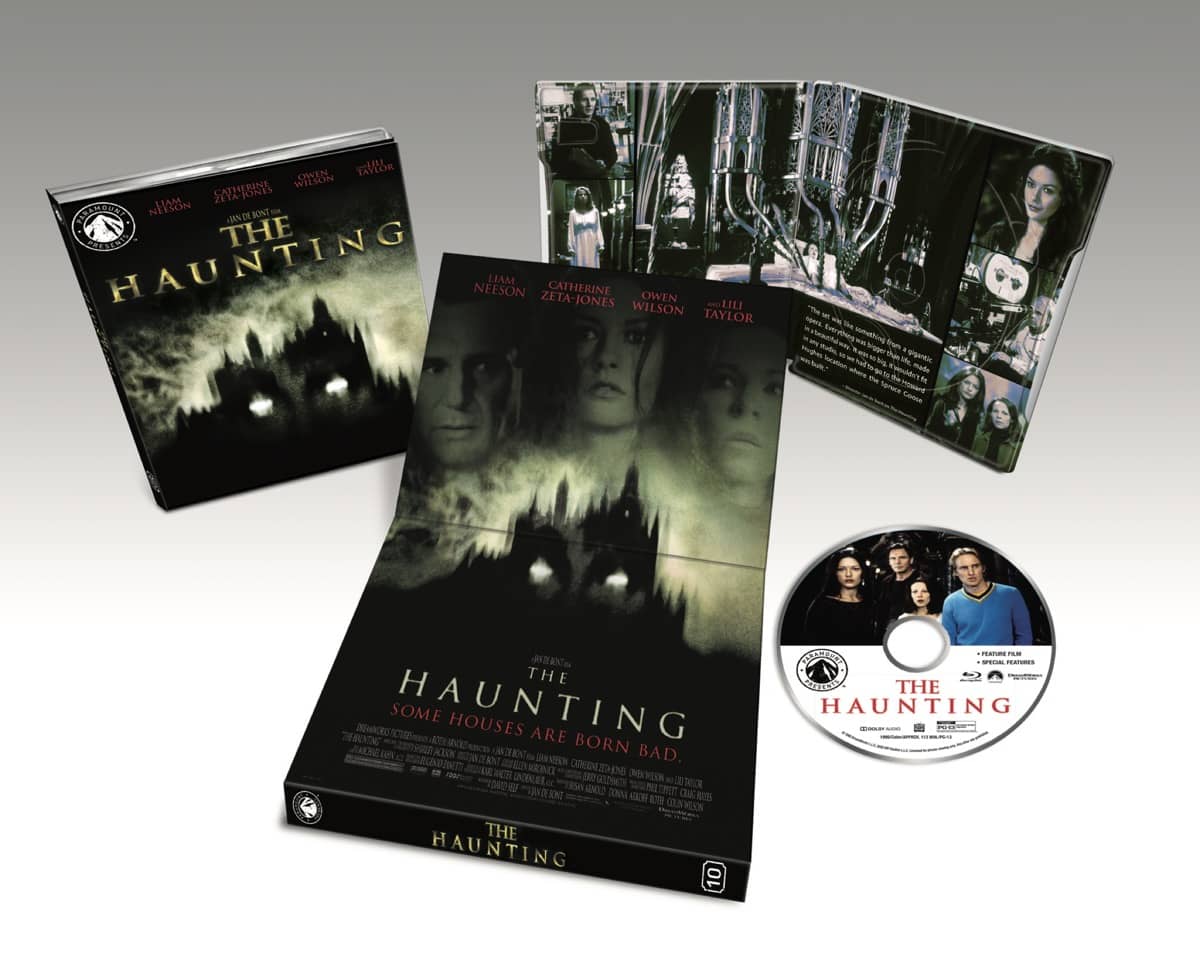 Widely regarded as one of the finest and most frightening ghost stories ever written, Shirley Jackson’s “The Haunting of Hill House” serves up sinister source material for this edge-of-your-seat thriller starring Liam Neeson, Catherine Zeta-Jones, Lili Taylor, Owen Wilson and Bruce Dern.

The limited-edition Paramount Presents Blu-ray Disc™ is presented in collectible packaging that includes a foldout image of the film’s theatrical poster, and an interior spread with key movie moments. Newly remastered from a 4K film transfer supervised by Jan de Bont, THE HAUNTING Blu-ray also includes a new Filmmaker Focus with the director, access to a Digital copy of the film, as well as a the previously released vintage behind-the-scenes featurette hosted by Catherine Zeta-Jones, and original trailers.

Synopsis
For over a century, the foreboding Hill House mansion has sat abandoned…or so it seemed. Intrigued by its past, Dr. Marrow lures three subjects to the site for an experiment. But, from the moment of their arrival, as night descends, the study goes horrifyingly awry, and Hill House unleashes its supernatural wrath on the unsuspecting subjects.