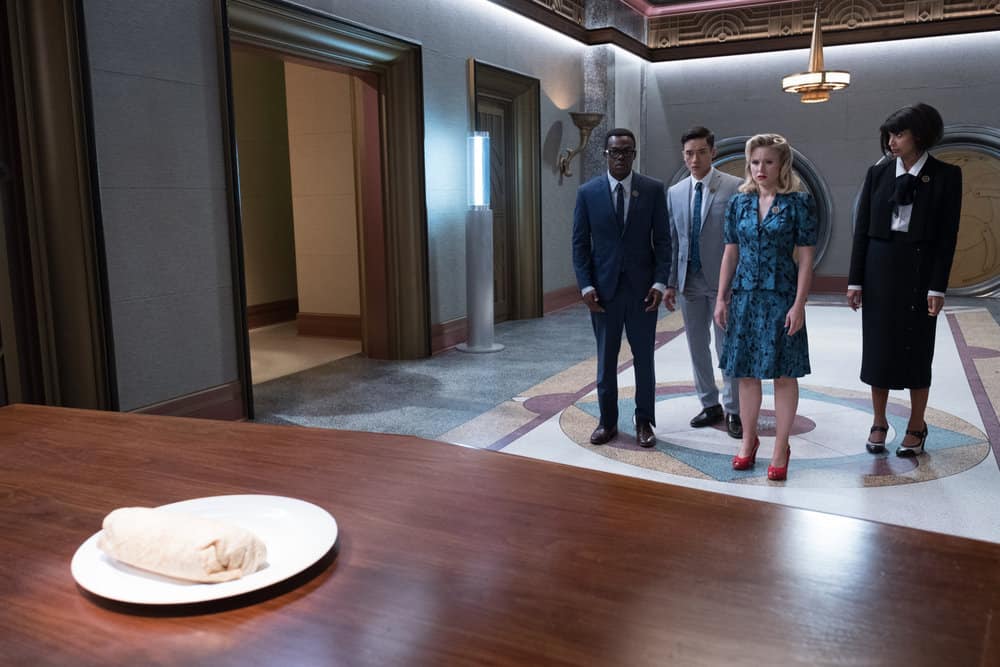 HUGE STAKES HANG IN THE BALANCE FOR EVERYONE – Eleanor (Kristen Bell), Chidi (William Jackson Harper), Tahani (Jameela Jamil) and Jason (Manny Jacinto) consider just how much they have (or have not) improved. Michael (Ted Danson) is left to deal with the consequences of his recent actions. D’Arcy Carden also stars. THE GOOD PLACE Season 2 Episode 12 Photos The Burrito