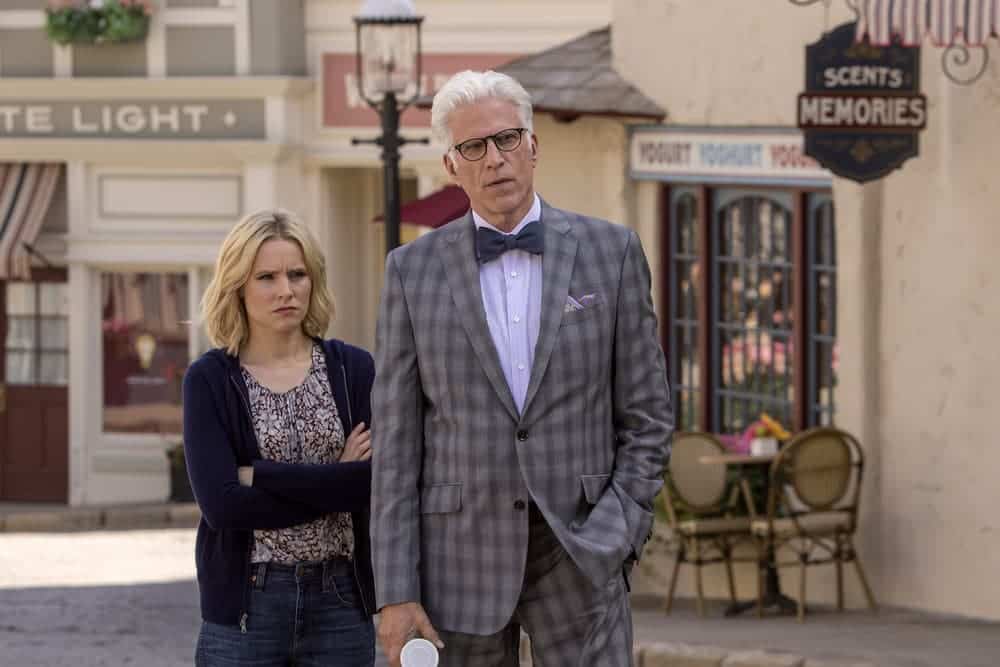 THE GOOD PLACE Season 1 Episode 8 Photos Most Improved Player : MICHAEL PUTS ELEANOR TO THE TEST – Michael (Ted Danson) has a private meeting with Eleanor (Kristen Bell). Meanwhile, Chidi (William Jackson Harper), who has been harboring a secret, contemplates what to do. Jameela Jamil, Manny Jacinto and D’Arcy Carden also star.