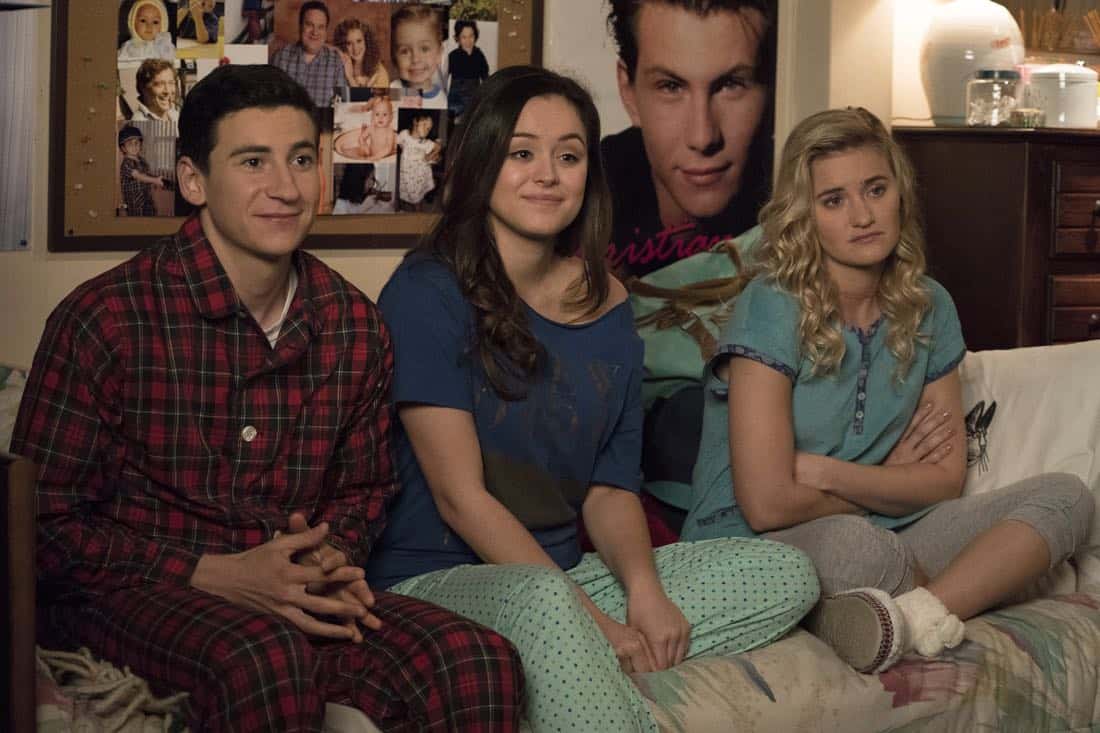 “The Scrunchie Rule” – When Beverly gets a glimpse into a soon-to-be empty nest, she replaces her kids with the Mellor brothers, nursing Coach Mellor back to health after falling off the rope climb.  Meanwhile, Erica and her college roommate get on each other’s nerves in their dorm room, especially when Valley Erica puts a scrunchie on the door and kicks Erica out, on “The Goldbergs,” WEDNESDAY, MARCH 21 (8:00–8:30 p.m. EDT), on The ABC Television Network, streaming and on demand.  THE GOLDBERGS Season 5 Episode 16 Photos The Scrunchie Rule.

“The Scrunchie Rule” was written by Chris Bishop and directed by David Katzenberg.