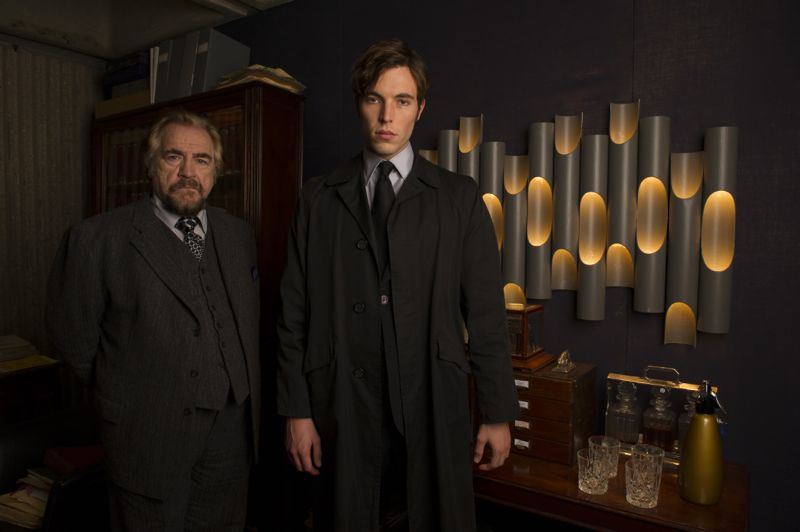 BBC America begins airing the six-part period spy drama THE GAME this week. Set in 1970s Cold War Britain, it features a cat-and-mouse game of espionage between the KGB and MI5, racing against time to stop deep conspiracies full of hidden cells and double-agents. It is created and written by Toby Whitehouse of Being Human fame.

I used a number of tired clichés in that first paragraph, but there’s really no other way to describe this program. This genre has become quite crowded with copycats, and while Tinker Tailor Soldier Spy and others might be excellent period pieces with beautiful sets and costumes and intelligent, twisty writing, the seventh time you see something in that vein, it loses its magic.

There is nothing wrong with THE GAME itself. It’s a well-made, stylistically terrific, smart drama. The characters are interesting, the pacing is slow, as it often is in these British-made programs, but moves along with enough surprises to stay interesting. The acting is wonderful and the writing is fine. The settings make it visually engaging, and the color palette sets an appropriate tone for the story being told. I’m really not finding any specific aspect to complain about.

Except, the entire time I was watching the first part, I kept feeling like I’d already seen this before. The names and faces blur together enough that I don’t know exactly what will come next, but I do know the general direction things are going in and that some characters will shift allegiances or be exposed as villains or die. Like a dozen other series and miniseries that have aired in the past few years, and even before that, THE GAME follows an extremely familiar pattern and cadence that lacks originality and freshness. Because of this, it’s more boring than it should be.

I feel like British spy dramas have become that country’s version of the American crime procedural (or the British crime procedural, for that matter). Every “new” version is just a slight variation on a relatively strict formula. It’s a formula that works extremely well or the producers wouldn’t keep making it, but those that produce this sort of thing do not do nearly enough to set their piece apart from any other. THE GAME is as guilty of this as any other recent example that springs to mind. That’s why I’m going to skip watching this one and stick to something more serial, like FX’s The Americans, and unless you haven’t seen one of these in awhile, I recommend you do the same.

For those interested, THE GAME stars Tom Hughes (Page Eight) as Joe Lambe, a young malcontent who may or may not have a soul left. Joe’s plot makes up the framework story, as viewers see glimpses of him accompanied by an attractive woman meeting with KGB agents on the coast. Obviously, this meeting goes awry. The audience won’t know where Joe’s true loyalties lie any time soon. Is he trying to defect to the Soviets? Is he tricking them for Queen and country? Does he return to his home to serve as a double agent or to stop a nefarious scheme? It’s impossible to tell yet.

Joe’s boss is Daddy (Brian Cox, Braveheart). Well respected in the department, savvy and paranoid, Daddy is the type of leader you’d expect to see in a secret group within MI5, played by an actor with the gravitas to handle the role, a definite plus for THE GAME, if not an unusual one. Will Daddy’s skills be sharp enough to figure out the secrets behind Operation Glass, or has he aged out of his usefulness? Will his pride or his suspicion be his undoing?

THE GAME airs Wednesdays at 10 p.m. ET on BBC America.