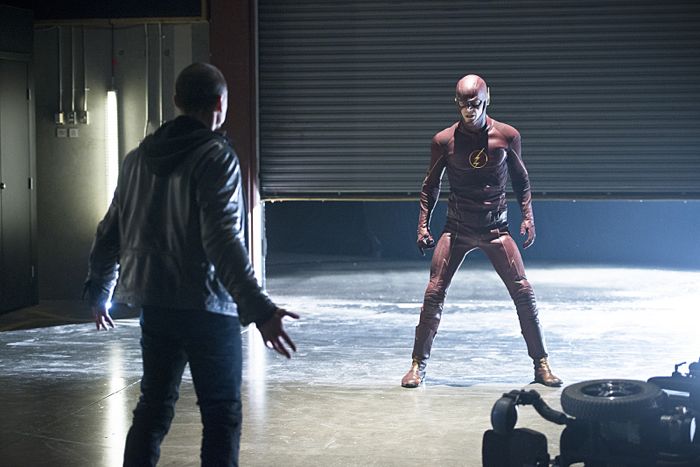 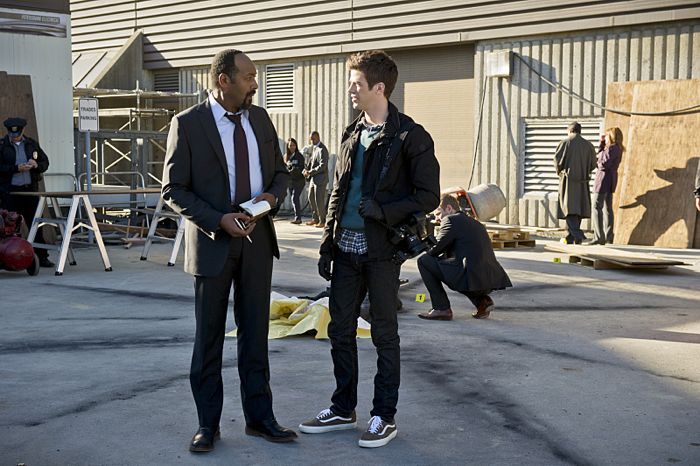 THE FLASH Season 1 Episode 7 Photos Power Outage : THE FLASH GETS A VISIT FROM DC CHARACTERS FAROOQ AND THE CLOCK KING — The Flash (Barry Allen) goes up against Farooq aka Blackout (guest star Michael Reventar), a metahuman who can harness electricity. During their battle, Farooq zaps The Flash and siphons all his electricity, leaving The Flash without his speed. Dr. Wells (Tom Cavanagh), Caitlin (Danielle Panabaker) and Cisco (Carlos Valdes) work to reverse the effects on Barry, but their efforts are disrupted when Farooq comes banging on S.T.A.R. Labs doors in search of Wells, who he blames for his accident. Without Barry’s powers to protect them, the group must figure out a way to save themselves from the metahuman. Meanwhile, Tockman (guest star Robert Knepper) manages a coup inside the Central City police department and takes several people hostage, including Joe (Jesse L. Martin) and Iris (Candice Patton). While Iris is sure The Flash will save them, Eddie (Rick Cosnett) has a trick up his sleeve. Larry Shaw directed the episode written by Alison Schapker & Grainne Godfree (#107). Original airdate 11/25/2014.