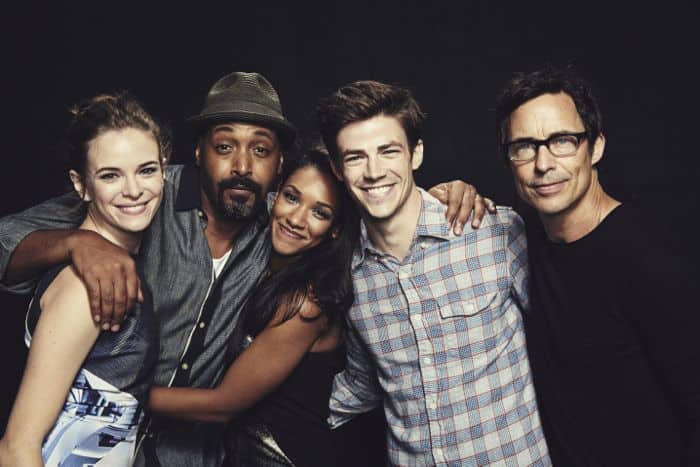 The fastest man alive swept up Canadians last night with an initial audience of 2.3 million viewers for the series premiere of THE FLASH, preliminary overnight data from Numeris (BBM Canada) confirms. Winning the day overall with total viewers and in all key demos, THE FLASH secured the highest overnight audience for a new series this fall in the key A18-49 demo.THE FLASH delivered younger viewers to CTV Tuesday, as the network owned the Top 3 programs among A18-34 and A18-49. CTV won every hour of primetime in the key demos, and led the night in all key markets with A18-49 and A25-54. THE FLASH premiere airs again tonight at 9 p.m. ET/PT on CTV Two, and is also now available on demand on CTV.ca and CTV GO.

Overall, CTV had three of the Top 5 programs Tuesday. Powered by THE FLASH, a new episode of MARVEL’S AGENTS OF S.H.I.E.L.D. grew 22% to 1.8 million viewers, an overnight season-high. Meanwhile, PERSON OF INTEREST won its 10 p.m. hour with 1.7 million viewers.