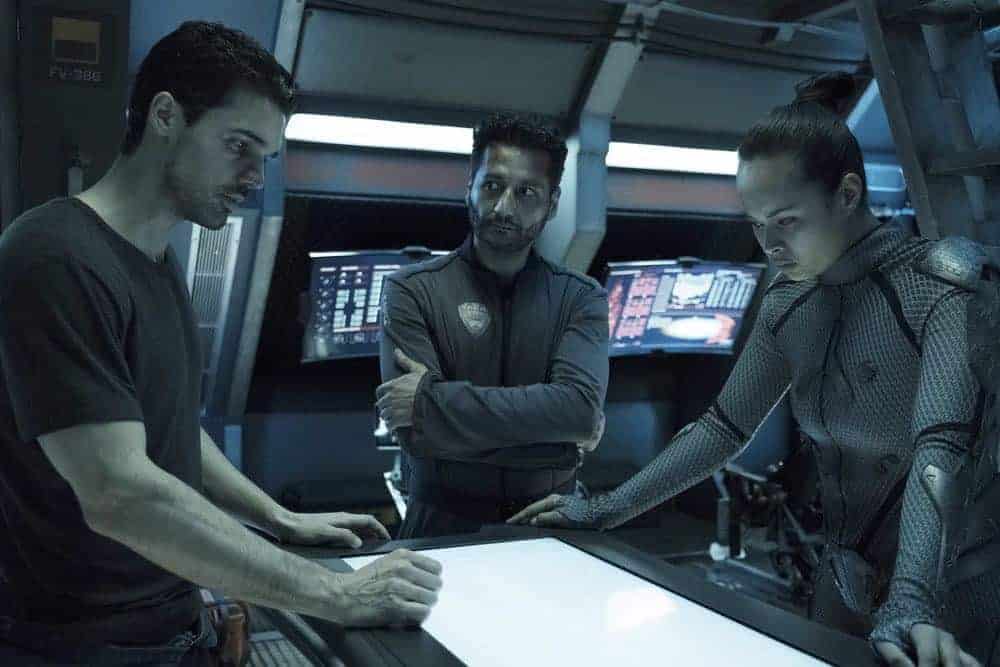 The search for Prax’s daughter comes to a head. Admiral Souther’s men plan for mutiny aboard the Thomas Prince. THE EXPANSE Season 3 Episode 5 Photos Triple Point.