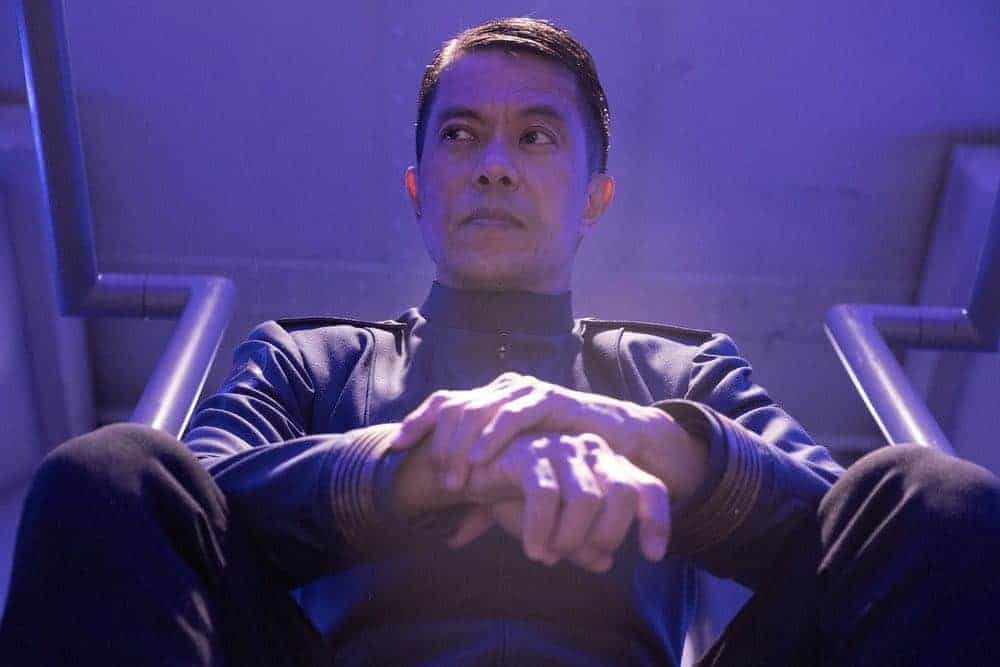 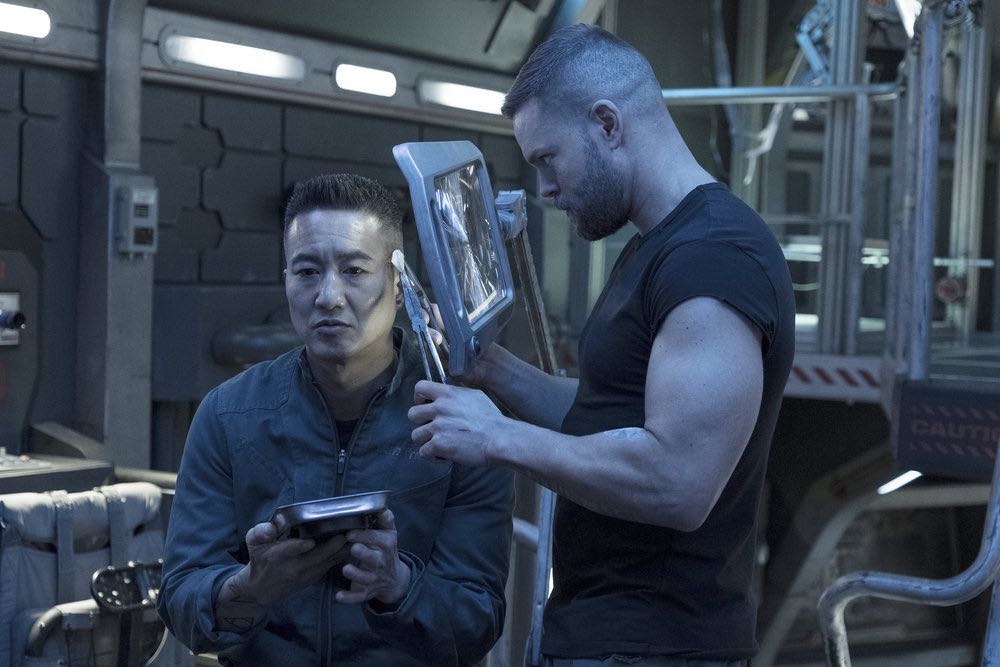 As Earth strategizes a costly ploy to gain advantage in the war against Mars, Anna struggles to convince Sorrento-Gillis to do the right thing. Avasarala and Bobbie seek refuge aboard the Rocinante. THE EXPANSE Season 3 Episode 3 Photos Assured Destruction.