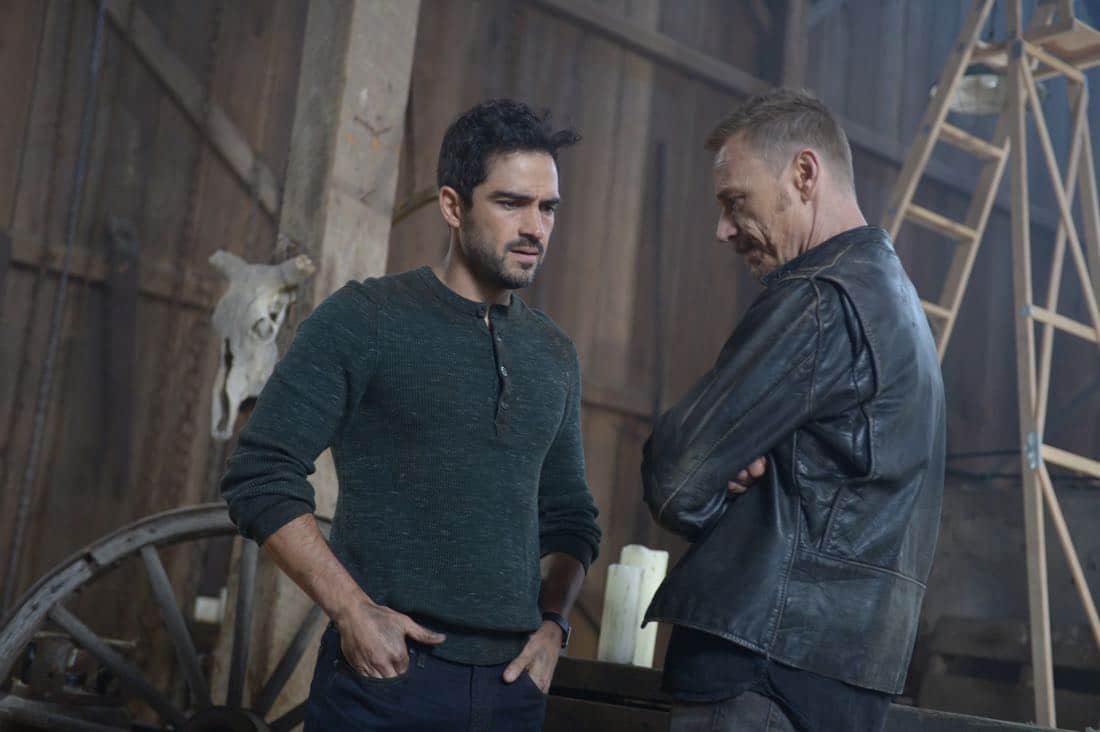 Six months after leaving Chicago, Father Tomas continues his training to become an exorcist under the watchful eye of his partner Marcus Keane. Their travels lead them to a troubled young woman in rural Montana, where their investigation puts them in the crosshairs of her extended family. But as Tomas’ skills continue to grow, Marcus begins to worry that his apprentice is taking unnecessary risks. The action then switches to a secluded private island off the coast of Seattle, where Andy Kim (John Cho, “Star Trek,” “Harold & Kumar”) runs a group home for at-risk foster children, whose lives are disrupted when the state sends a social worker (Li Jun Li, “Quantico,” “Blindspot”) to determine whether the foster home should be closed. Little do they know the true danger is yet to come: a malevolent presence that has set its sights upon one of the children in Andy’s care. Evil has a new home in the all-new “Janus,” Season Two premiere episode of THE EXORCIST airing Friday, Sept. 29 (9:01-10:00 PM ET/PT) on FOX. (EXO-201) (TV-14 L, V)