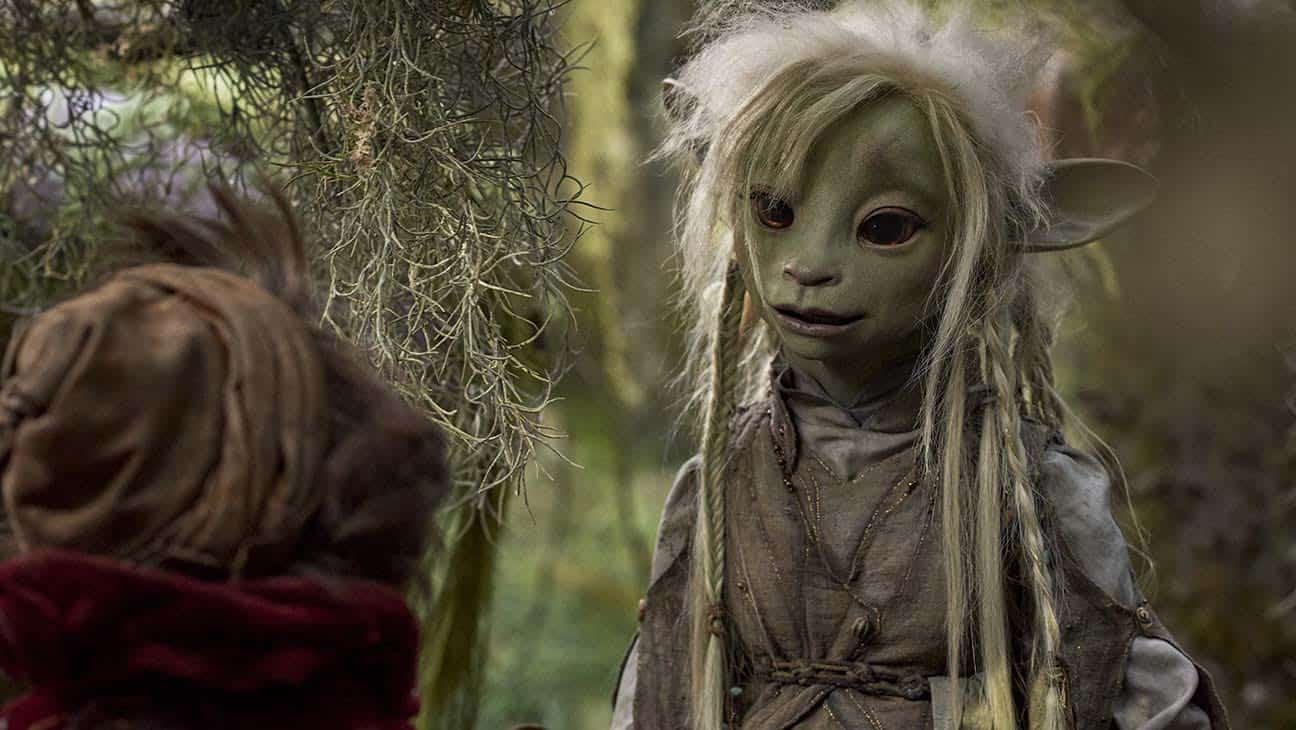 Jim Henson’s The Dark Crystal film has quite a cult following. Many, many fans love the movie, and have watched it dozens of times a piece. Growing up, while I found it equal parts disturbing and boring, I certainly had more than my share of peers who told me I was wrong. And whether you like the story or not, there’s certainly plenty to appreciate in the sheer amount of work that goes into such a fully-realized puppet-driven world.

THE DARK CRYSTAL: AGE OF RESISTANCE is better than the movie. That is an opinion, of course, so agree or not, that is your choice. There are several things that stand out to me in forming this opinion.

One, the settings are so much richer and more beautiful. The original was post-apocalyptic, and that is a valid choice for the story being told. By setting AGE OF RESISTANCE as a prequel, the creators get to show us the beauty of Thra in its prime, and it is breath-taking. There are several distinct zones of habitat, each more impressive than the last. Setting plot aside, it has an Avatar-esque quality of something never seen before, and that’s worth watching.

Third, it feels like a fully realized story. It’s clear the writers have firm direction, partly because we already know the ending. But even if we didn’t, it’s clear this is well thought out, carefully crafted with rules that the series sticks to and a sense that it knows what it’s trying to do.

That is a bit of a downside, as well. After all, while would-be hero Gelflings strike out on quests to save their people from the ruling Skeksis, it’s well known that they will fail. The best these main characters that viewers are going to care about can hope for is noble martyrdom. The movie sets up only failure, and everything good in this place should be gone by the end of AGE OF RESISTANCE.

That isn’t an argument against watching DARK CRYSTAL: AGE OF RESISTANCE. After all, everyone knew the Titanic sank, and yet they flocked to the theatres to see the film of the same name. There’s a bit of a dread hanging over the story here, too, but it’s also hard to keep that in mind when it’s so easy to root for the Gelflings.

AGE OF RESISTANCE hasn’t won me over and made me a DARK CRYSTAL fan… yet. But by the time I finish it, it just might. It may take all ten installments to decide if the project was worth it, but it definitely expounds upon the universe in new and interesting ways. Had this come before the film, I’d probably have been more invested in the original follow-up. But the Star Wars prequels, this is not, and if you have even a slight bit of curiosity, I recommend checking it out.

THE DARK CRYSTAL: AGE OF RESISTANCE is streaming on Netflix now.