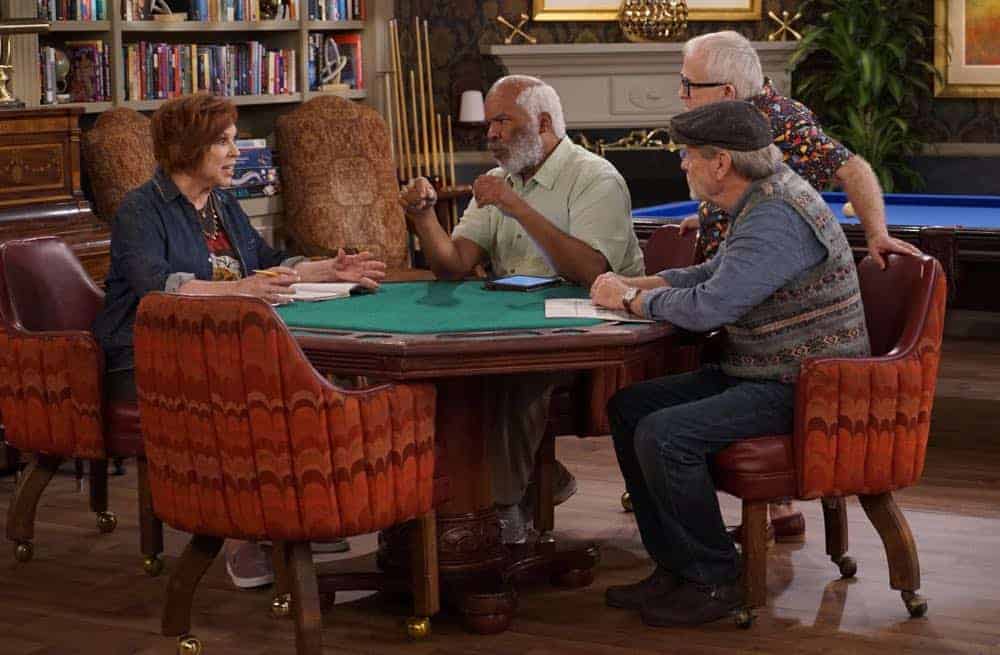 THE COOL KIDS Season 1 Episode 2 Photos Margaret Turns 65 –  On her 65th birthday, Margaret doesn’t feel like celebrating. However, Hank, Sid and Charlie insist on taking her out for a “good old-fashioned young person’s night” at the local club, which leaves them all feeling older – and more hungover – than ever in the all-new “Margaret Turns 65” episode of THE COOL KIDS airing Friday, Oct. 5 (8:30-9:00 PM ET/PT) on FOX. (CK-104) (TV-14 D, L)