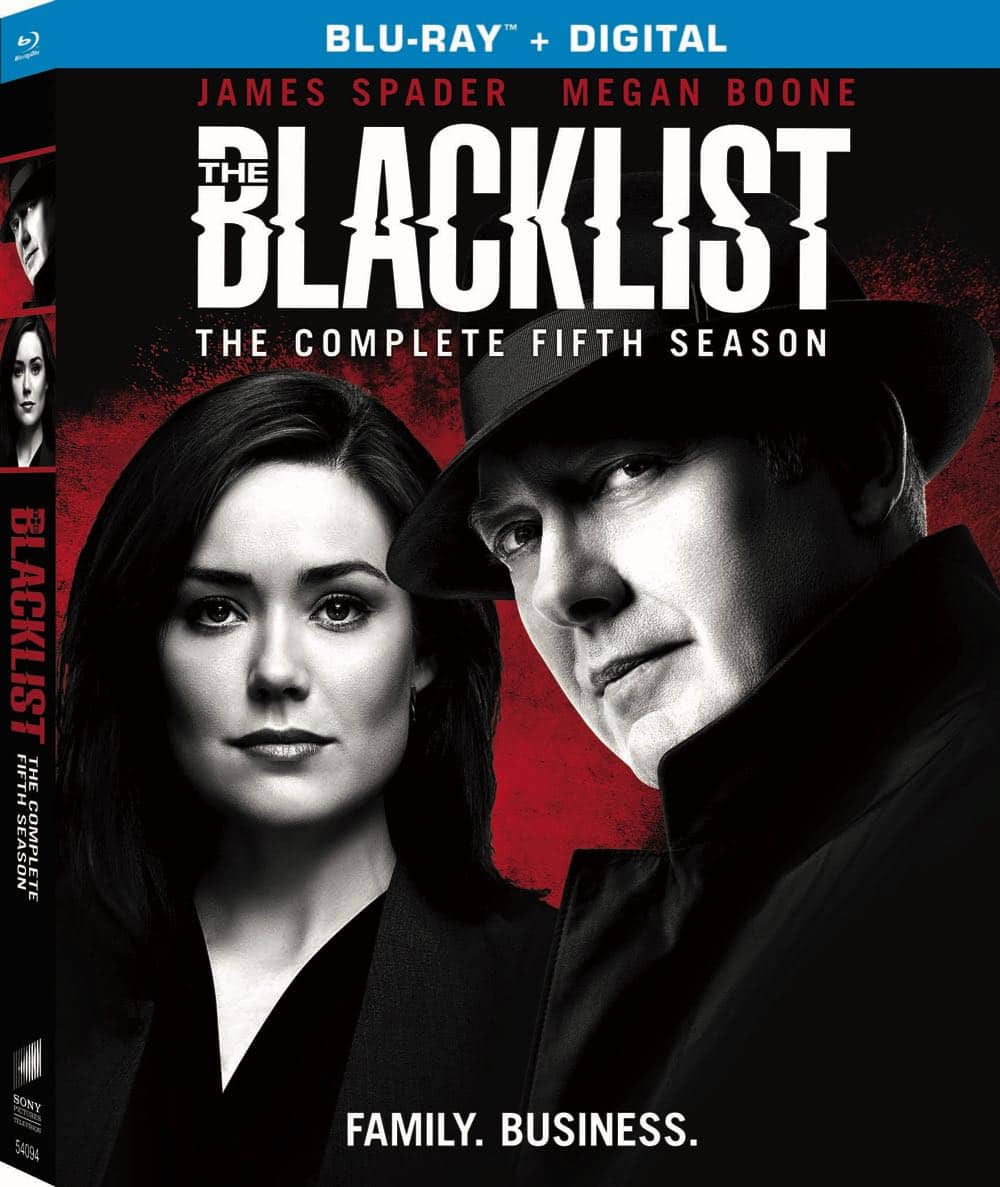 Everyone’s favorite “Concierge of Crime” is back as Raymond “Red” Reddington rebuilds his criminal empire in THE BLACKLIST: SEASON FIVE, debuting on Blu-ray™ and DVD August 14 from Sony Pictures Home Entertainment. Starring Emmy®-winning actor James Spader (TV’s “Boston Legal”) as Red, Season Five finds Elizabeth Keen (Megan Boone, TV’s “Blue Bloods”) living with the reality that Red is her father, which leaves her caught between her two worlds – the FBI and the criminal underworld. Red is now setting up his new enterprise with Liz by his side in the hopes of making the search for Blacklisters the family business.

THE BLACKLIST: SEASON FIVE Blu-ray™ and DVD sets each contains all 22 episodes on five discs, along with 17 deleted scenes, a gag reel and two episode audio commentaries. Also included is a behind-the-scenes look at the monumental milestone of the 100th episode in the featurette, “Celebrating 100 Episodes!” And the Blu-ray™ includes an additional exclusive featurette, “Like Father, Like Daughter,” which dives into Red and Liz’s continually evolving relationship.

Synopsis:
Feeling surprisingly unencumbered, Raymond “Red” Reddington is back and in the process of rebuilding his criminal empire. His lust for life is ever-present as he lays the foundation for this new enterprise – one that he’ll design with Elizabeth Keen by his side. Liz finds herself torn between her role as an FBI agent and the temptation to act on her more criminal instincts. In a world where the search for Blacklisters has become a family trade, Red will undoubtedly reclaim his moniker as the “Concierge of Crime.”