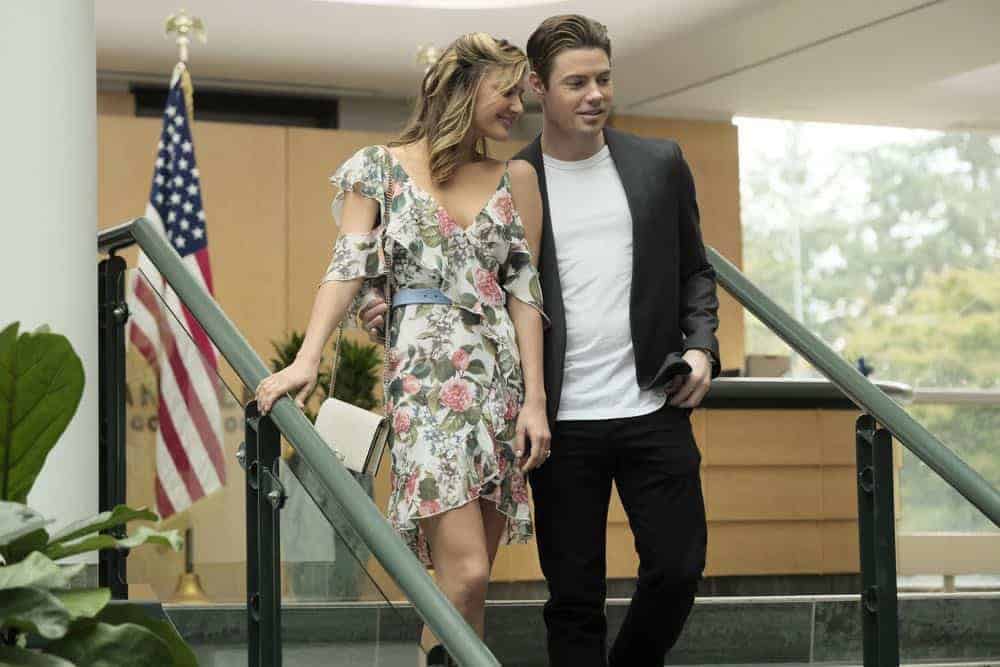 Days before the wedding, Kyle has a chance run-in with someone from his past, which sends him to questioning his ability to find happiness. Megan and Shaun head out of town under the guise of a bachelorette party weekend to investigate a lead that could expose Terence’s misdeeds. THE ARRANGEMENT Season 2 Episode 8 Photos Paso Robles.