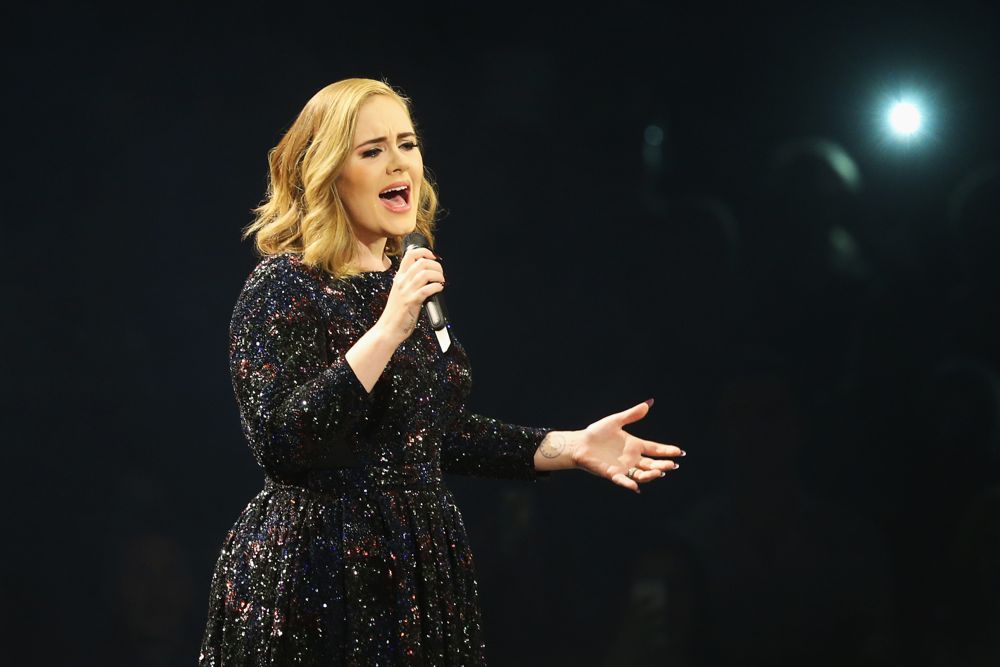 Drake leads with 13 nominations and sets a new AMA record for most nominations in a single year, surpassing Michael Jackson’s previous record of 11 nominations in 1984. Rihanna received seven nominations and Adele and Justin Bieber received five each.  Beyoncé and The Chainsmokers each received four nominations.  Additionally, Bryson Tiller, Twenty One Pilots, Carrie Underwood, Fetty Wap and The Weeknd earn three nominations each.

The Artist of the Year nominees are Adele, Beyoncé, Justin Bieber, Drake, Selena Gomez, Ariana Grande, Rihanna, Twenty One Pilots, Carrie Underwood and The Weeknd.  The ten nominees will be narrowed to five based on the votes received through Monday, November 14 at 8:59:59am PT.  Voting for Artist of the Year will close on Thursday, November 17 at 8:59:59pm PT. The winner will be determined by the total votes received throughout the entire voting period.

Nominees for New Artist of the Year Un-leashed by T-Mobile are Alessia Cara, The Chainsmokers, DNCE, Shawn Mendes and Zayn.  Voting for this category opens November 2nd.

Everything Drake touches turns to chart gold. His most recent album, Views, debuted at No. 1 on the Billboard 200 chart (his sixth No. 1 album) and spent more weeks at No. 1 than any hip-hop album since 1991. The set has accumulated more than 2.5 billion on-demand audio streams for its songs in the U.S. according to Nielsen Music, including the monster hit “One Dance,” which ruled the Billboard Hot 100 chart for 10 weeks. “One Dance” proved to be so popular, it was crowned Billboard’s Song of the Summer for 2016.

Pop superstar Rihanna started off 2016 with a bang – earning her second No. 1 album on the Billboard 200 with ANTI, and topping the Billboard Hot 100 with the set’s lead single, “Work,” featuring Drake. The tune marked Rihanna’s 14th No. 1 single – pushing her ahead of Michael Jackson’s 13 No. 1s. In the nearly 60-year history of the Hot 100, the only acts with more No. 1s are Mariah Carey (with 18) and The Beatles (20). Further, Rihanna followed up “Work” with two more top 10 hits on the Hot 100: her own “Needed Me” and as featured on Calvin Harris’ “This Is What You Came For.”

Adele’s blockbuster third album, 25, exploded on the Billboard 200 chart upon its debut. In its first week on sale in the U.S., it sold a whopping 3.38 million copies: the single largest sales week on record (since Nielsen Music began electronically tracking sales in 1991). So far, the album has spent 10 weeks at No. 1 on the Billboard 200 chart and has sold more than 9 million copies in the U.S. Further, the Recording Industry Association of America certified the album Diamond, indicating 10 million units earned for the set – giving Adele back-to-back Diamond-certified albums, following 21. The 25 album launched three top 20-charting singles on the Billboard Hot 100. Its lead single, “Hello,” ruled the list for 10 weeks, and was followed by “When We Were Young” and the top 10 hit “Send My Love (To Your New Lover).”

With the release of his 2015 album Purpose, already-established pop superstar Justin Bieber reached even higher levels of success, landing his first three No. 1 hits on the Billboard Hot 100: “What Do You Mean?,” “Sorry” and “Love Yourself.” The set has sold 1.8 million copies in the U.S., according to Nielsen Music, upping his career total to 12.6 million albums sold. Bieber has placed six No. 1 albums on the Billboard 200 – the last five consecutively dating to 2011.

Fans have become addicted to The Chainsmokers, the duo of Drew Taggart and Andrew Pall, over the past year. The pair earned its first three top 10 singles on the Billboard Hot 100: “Roses” (featuring Rozes), “Don’t Let Me Down” (featuring Daya), and the act’s first No. 1, “Closer” (featuring Halsey). All three smashes have also each spent multiple weeks at No. 1 on Billboard’s Hot Dance/Electronic Songs chart.

R&B sensation Bryson Tiller exploded onto the scene with his debut album, TRAPSOUL. The set reached No. 2 on both the Top R&B/Hip-Hop Albums chart and the R&B Albums chart. TRAPSOUL spawned three top 25 hits on the Hot R&B/Hip-Hop Songs chart: “Don’t” (No. 4), “Exchange” (No. 8) and “Sorry Not Sorry” (No. 24).

Carrie Underwood won American Idol in 2005 and, since hitting Billboard’s charts for the first time that year, has yet to slow down. Her latest album, Storyteller, debuted at No. 1 on the Top Country Albums in November 2015, marking her sixth No. 1 on the chart in as many appearances — no other artist has begun a career with six consecutive No. 1s on the chart. And, with career U.S. album sales of 16.2 million, according to Nielsen Music, she reigns as the best-selling Idol alum. She’s also notched 14 No. 1s on Hot Country Songs. With 24 overall Hot Country Songs top 10s, she’s yet to miss the chart’s top 10 with any of her official singles released to country radio.

The world said, “hey, what’s up, hello” to Fetty Wap as his viral single “Trap Queen” ruled pop culture and shot to No. 2 on the Billboard Hot 100. Follow-up releases “My Way,” featuring Monty (No. 7) and “679” featuring Remy Boyz (No. 4) also ascended to the top 10, and for six straight weeks, Fetty Wap had two songs in the Hot 100’s top 10. The rapper/singer’s self-titled debut album opened at No. 1 on the Billboard 200, and his achievements lifted him to become Billboard’s Top New Artist for 2015.

R&B singer The Weeknd waged a full-fledged pop crossover thanks to his album Beauty Behind the Madness. The set debuted at No. 1 on the Billboard 200 and launched two No. 1s on the Billboard Hot 100 chart: “Can’t Feel My Face” and “The Hills.” Furthermore, when the latter song replaced the former atop the Hot 100, The Weeknd became only the 11th artist in the chart’s history to succeed himself at the summit. Meanwhile, the title track for his follow-up album Starboy, due out Nov. 25, is off to a fast start. The track, which features Daft Punk, gave The Weeknd his fifth top 10 on the Hot 100 and sourth No. 1 on Hot R&B/Hip-Hop Songs.

Twenty One Pilots, the twosome of Tyler Joseph and Josh Dun, have soared to new heights, landing their first three top five Billboard Hot 100 hits in 2016: “Stressed Out,” “Ride” and “Heathens.” The first two songs are from the pair’s 2015 album Blurryface, which became its first No. 1 on the Billboard 200 upon its debut in June 2015. The set has sold 1.1 million copies in the U.S. since its release, according to Nielsen Music. All three songs have also ruled Billboard’s Hot Rock Songs chart for multiple weeks each.

At the American Music Awards, artists will be honored in multiple musical genres. Pop/Rock, Alternative Rock, Country, Rap/Hip-Hop, Soul/R&B, Adult Contemporary, Contemporary Inspirational, Latin, EDM and Soundtrack, are some of the genres alongside the awards for Artist of the Year, New Artist of the Year Un-leashed by T-Mobile and Collaboration of the Year.  This year, new categories include Tour of the Year and Video of the Year, while Favorite Song categories in the genres of Pop/Rock, Country, Rap/Hip-Hop and Soul/R&B have been added in lieu of the Song of the Year category.

American Music Awards nominees are based on key fan interactions as reflected in Billboard Magazine and on Billboard.com, including album and digital song sales, radio airplay, streaming, social activity and touring. These measurements are tracked by Billboard and its data partners, including Nielsen Music and Next Big Sound.

The American Music Awards winners are voted entirely by fans. Voting opened today in all categories except New Artist of the Year Un-leashed by T-Mobile, which will open on November 2nd.

Fans can vote for all category once per day, per platform in one or both of the below ways. For New Artist of the Year Un-leashed by T-Mobile, fans can vote 100 times per day, per platform.
Via AMAvote.com
Posting a tweet on Twitter that includes the nominee’s Twitter handle, the category name and #AMAs within the post(s).
Preceding the ABC broadcast for the 8th consecutive year will be the “Coca-Cola® Red Carpet LIVE! @ The 2016 AMAs” pre-show. This live show will stream online for fans worldwide on November 20th.

Below please find the full list of nominations for the 2016 American Music Awards®: