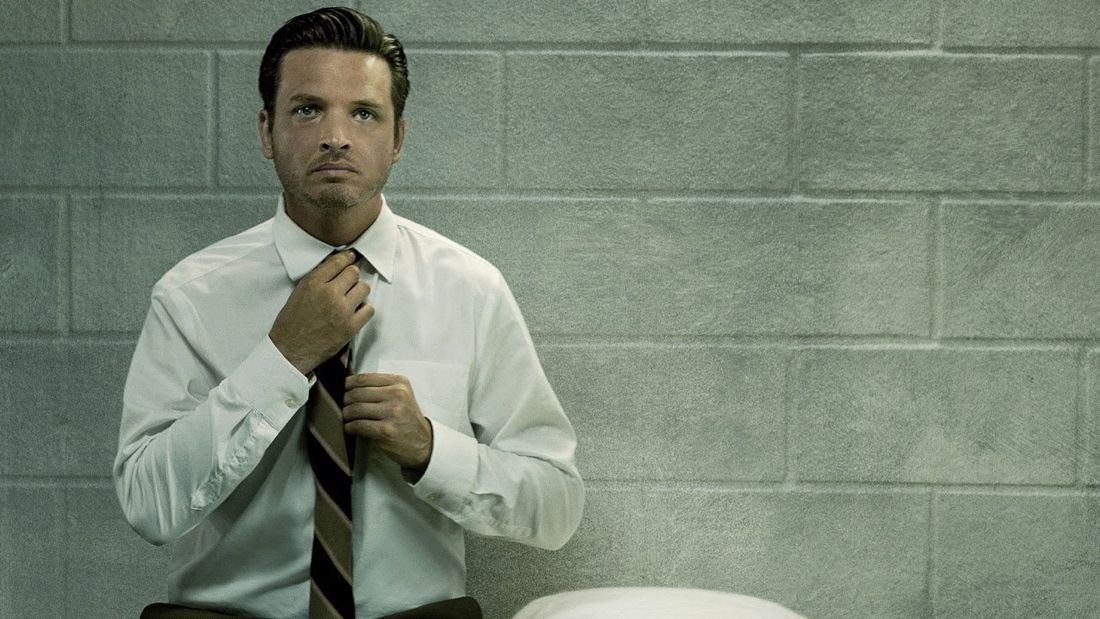 This Summer’s TCA tour included presentations from A+E, MTV, Sundance, TBS and TNT, who presented on the fifth day of the tour. Here are some of the featured television shows and specials that caught our attention:

In a farewell to RECTIFY, AMC president proudly announced that ratings for Sundance is up 30% in the last year alone. He credited the breakout of RECTIFY for putting Sundance Channel on the television radar with viewers. For fans seeking closure, executive producer Ray McKinnon promised that the final season of RECTIFY and how they deal with the question of whether Daniel did the crime he was convicted of, will leave viewers satisfied and that something will certainly be revealed. However, the central question of the final season is: because people projected so much onto Daniel in prior season, can Daniel finally become himself? When he was first cast on the show, star AdenYoung recalled asking creator Ray McKinnon if Daniel did the murder or not, and he ruefully admitted: “[And] so began a philosophical discussion that lasted 5 years.” Ray added that for fans counting down the final 8 episodes: “Part of our need as humans is to have closure… but that’s not life.” (Impression: The sneak peek of final season reminds me that it feels too soon to say goodbye to such a riveting TV series. Definitely make a point of watching.) The fourth and final season runs 8 episodes and premieres October 26, 2016 on Sundance Channel. (Note: Look for Abigail Spencer and Clayne Crawford in their new Fall TV shows TIMELESS and LETHAL WEAPON — both fun and worth checking out when they premiere.)

Kevin Reilly, President of TBS & TNT pleased with the strong growth of TNT and TBS new shows. Strategy to decrease commercial interruption in all shows has paid off, such as by adding 10 minutes of more drama to each hour of a TV show has decreased tune-out during commercial breaks. ANIMAL KINGDOM is up 35% since its premiere and has already bern renewed for Season 2.

The twisty — and perhaps a bit twisted — new drama series GOOD BEHAVIOR is about a woman who is a thief and she crosses paths with a hired-killer and the ensuing dangerous relationship between them. Starring Michelle Dockery (last seen portraying Lady Mary in DOWNTON ABBEY) and Juan Diego Botto, the show provides for some hot chemistry and eye-popping moments. (Impression: This show may be darker and more sexualized than viewers may anticipate. TNT is dabbling in darker, cutting-edge TV shows and viewers must to be willing to jump down the rabbit hole with it.) GOOD BEHAVIOR premieres November 15, 2016

Upcoming new MTV series:
UNLOCKING THE TRUTH, the true story of investigation into three cases where criminal justice system may have gotten the wrong man, premieres August 17, 2016.
WONDERLAND is a new show where MTV brings the hottest musical performances from downtown L.A. each week. Premieres September 15, 2016.
STAN AGAINST EVIL is the new comedic-horror series stars John C. McGinley and Janet Varney. (Impression: Fans of Starz’s ASH VS. THE EVIL DEAD and THE SIMPSONS Halloween episodes will definitely enjoy this series.) Premieres November 2, 2016. (Note: A special preview of the first episode will air October 31, 2016 to celebrate Halloween.)

Focusing on a group of young adults and their loving and protective parents, A+E’s BORN THIS WAY explores the daily lives of individuals living with Down’s Syndrome. (Impression: Having the opportunity to meet and chat with the stars of this show I was struck by the joy and happiness that radiates from them. They are confident in their lives and live life perhaps just as fully, if not more so, than others who do not live with Down’s Syndrome. Confession: I am not normally a fan of reality TV shows, but I was impressed that BORN THIS WAY seems to have brought something positive into the lives of those featured in the show and that they appear to be more happy because of the show as it introduced them to each other – and they clearly adore each other and appreciate meeting other families embracing life as they do.) BORN THIS WAY currently airs Tuesdays on A+E. (Season 2 began July 26th and will air a total of 6 new episodes.)

That’s a wrap on the network and studio presentations from Day 5 of the Summer 2016 Television Critics Association Tour. As a reminder: be sure to mark your calendars for the upcoming new series and specials as you do not want to miss out on the next great TV show that everyone will be talking about.