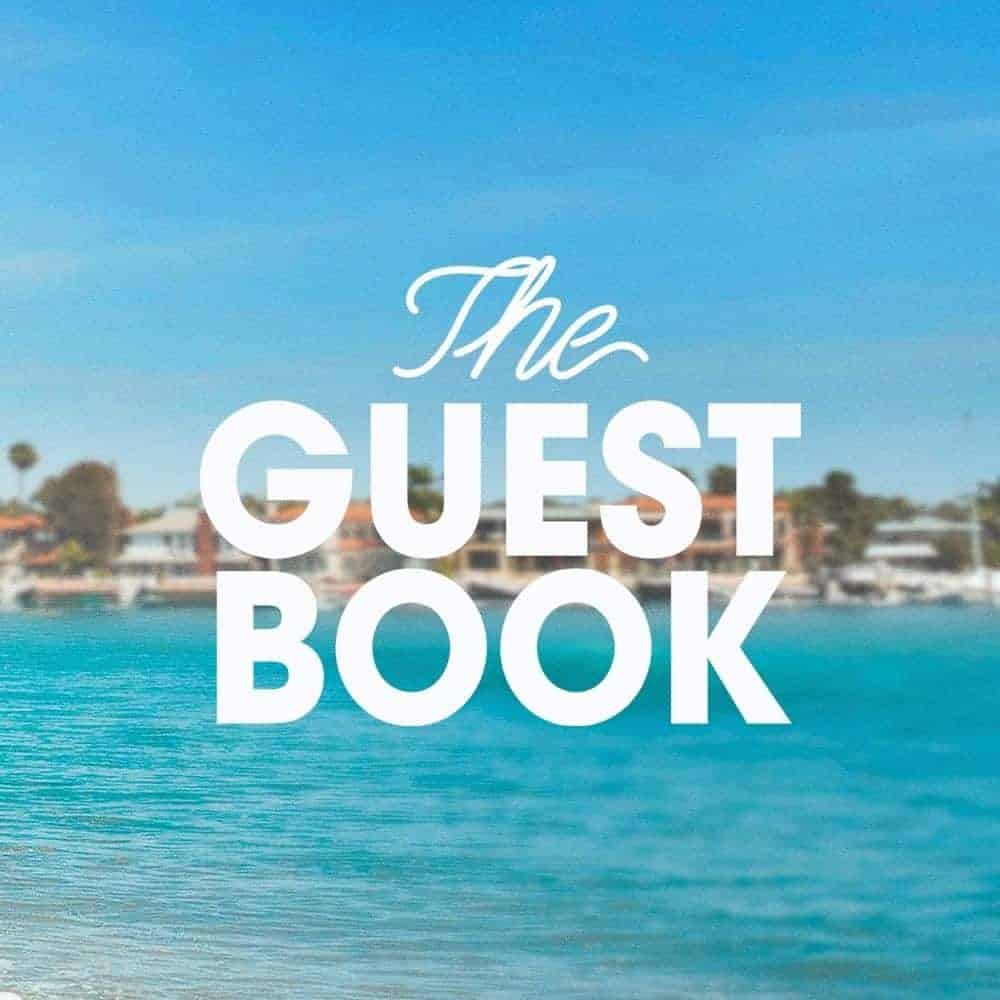 As planned with every new season of The Guest Book, season two features a new town, new series regulars, and new guest stars. In the small oceanside community of Mabel Beach, vacationers who stay at the Bare Feet Retreat record their confessions, alibis, and farewells in the cottage’s guest book. They are hosted by town locals Bodhi, Nikki and Tommy, played by series regulars Jimmy Tatro (American Vandal), Kimiko Glenn (Orange Is the New Black), and Dan Beirne (Fargo).

Tommy and Nikki are a couple that manage Emmy Lou’s Grill and Bare Feet Retreat. Bodhi is a handyman who often helps out at the grill and vacation home. Previously announced series regularsCarly Jibson (One Mississippi) and Eddie Steeples (My Name Is Earl) also star in season two. Jibson returns as Vivian, the scheming bikini bar owner, who accompanies Eddie (played by Eddie Steeples) from Mount Trace to the beach in search of a fresh start.

The Guest Book is a co-production of CBS Television Studios and Turner’s Studio T. Every episode of the series is written by Garcia, who also directed six of the ten episodes and serves as executive producer alongside Alix Jaffe.