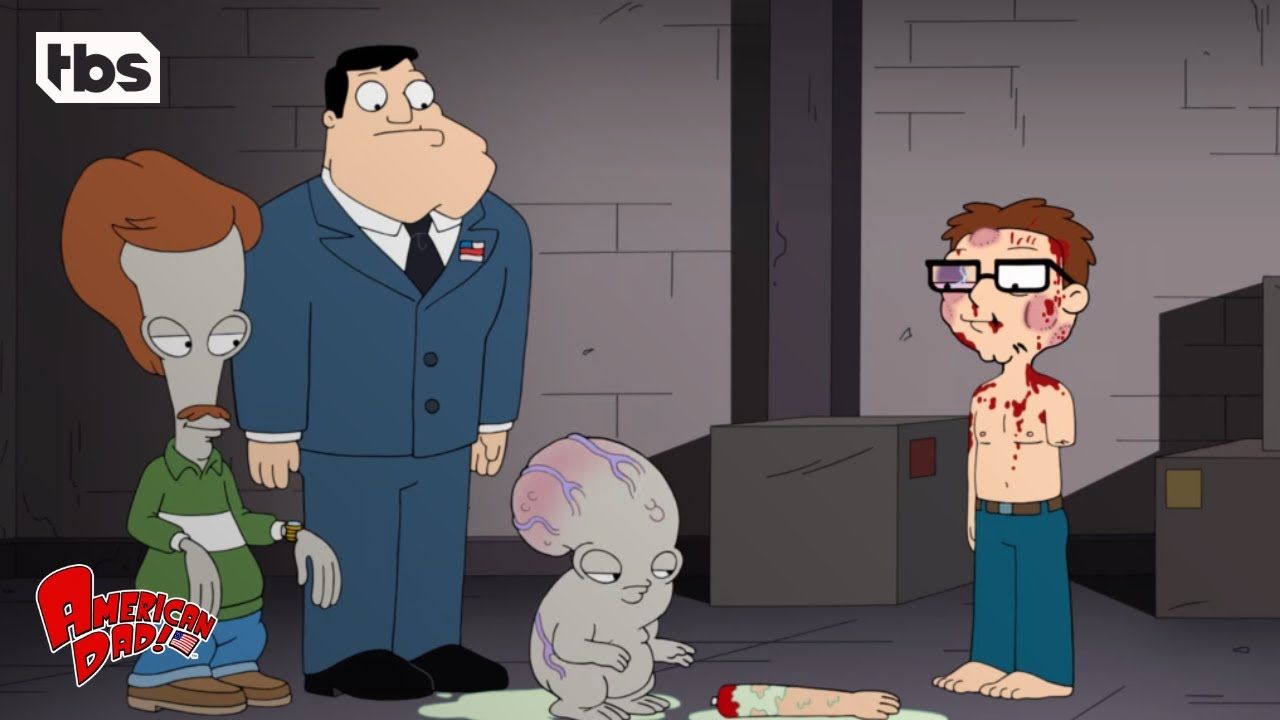 TBS has ordered two more seasons of the top-rated animated comedy American Dad! part of the network’s escapist, lean-back line-up of smart, imaginative programming that tells stories with heart and a comedic edge. Currently ranked as a top 5 cable comedy – with the current season reaching an audience of nearly 18 million viewers across all TBS platforms – American Dad! has been a significant performer ever since joining the network. The series from 20th Century Fox Television will celebrate its momentous 300th episode this year, joining the ranks of only a few adult animated comedies to reach this landmark.

“American Dad! has achieved an incredible milestone,” said Brett Weitz, General Manager for TNT, TBS, & truTV. “Matt and Brian are brilliant writers who consistently overdeliver on big comedy and even bigger absurdity. We look forward to continuing the momentum by giving devoted fans two more seasons of the Smith family.”

“TBS has been a spectacular partner to us on this hilarious series, and we’re thrilled the partnership will continue,” said Marci Proietto, Executive Vice President 20th Century Fox Television Animation. “It’s a win for the show and most of all a win for the millions of fans who love it as much as we do.”

Remarked co-creator and co-showrunner Matt Weitzman, “After these next two seasons, we will have over 300 episodes. Thus proving that whatever American Dad! lacks in quality, we make up for in quantity.”

Added co-showrunner Brian Boyle, “So turnt up to be picked up for two years! Making the show for TBS has been a dream because they are easily satisfied with the best!”

American Dad! centers on super-patriotic CIA agent Stan Smith (voiced by Seth MacFarlane) and the misadventures of his unconventional family in Langley Falls, VA. Stan applies the same drastic measures used in his job at the CIA to his home life, where Stan’s blissfully unaware wife, Francine (Wendy Schaal), has an unfaltering loyalty that makes her blind to his unabashed arrogance. His left-wing activist daughter Hayley (Rachael MacFarlane), however, doesn’t let him off so easily – and knows just how to push her father’s buttons. Hayley’s brother is the geeky-yet-confident Steve (Scott Grimes), a kid who spends his time playing video games and obsessing about the opposite sex.

The Smith family is rounded out by two rather unconventional members: Roger (MacFarlane), a sassy, sarcastic and routinely inappropriate space alien, and Klaus (Dee Bradley Baker), an attention-starved goldfish with the brain of a German Olympic skier.

The award-winning animated comedy was created by Seth MacFarlane, Mike Barker and Matt Weitzman, and is run by co-showrunners Weitzman and Brian Boyle.