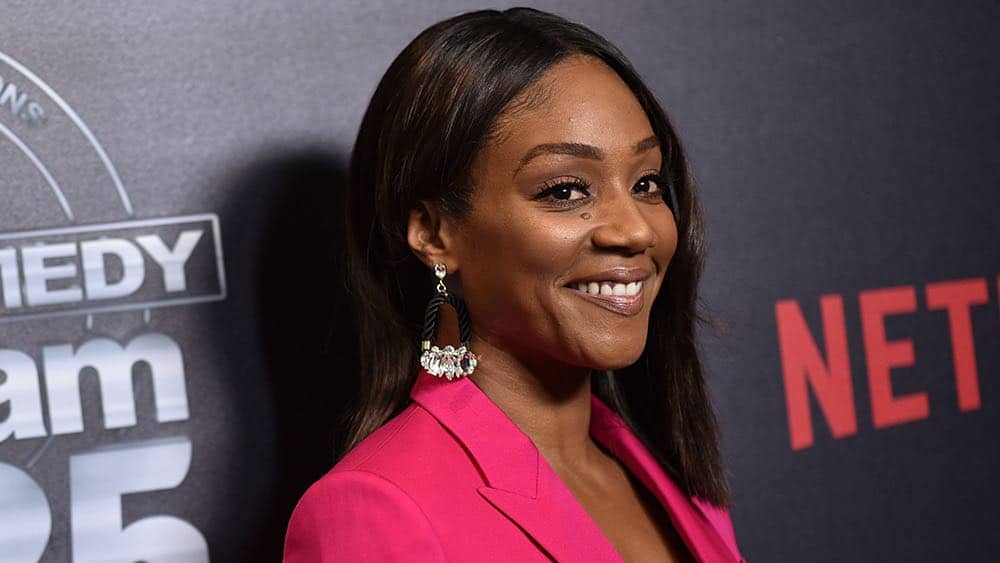 At its 2021 Upfront presentation, TBS announced the debut of “Friday Night Vibes™,” a 52-week movie destination that spotlights feel-good comedies, action-packed blockbusters and culturally significant storytelling inclusive of diverse voices. Hosted by actress and comedian, Tiffany Haddish (“The Last O.G.,” “Girls Trip”) and featuring surprise special guests each week, viewers can get the weekend started right with TBS. “Friday Night Vibes” will be ground zero for those who love movies, the culture, music and hanging out at the beauty salon and barbershop. With a mix of comedy, celebrity interviews and musical performances, Haddish, along with a resident DJ, will guide viewers through this celebration of life, cultural diversity, special behind-the-scenes moments and authentic conversation. Kicking off on Friday, June 18 at 7:30pm ET/PT, grab some popcorn, pour a glass of something special and unwind for a double-feature movie night. This is the party that no one wants to miss.

Haddish commented: “Let’s watch movies and have some fun!”

“It’s been a goal of mine to bring Tiffany back to TBS since we worked together on ‘The Last O.G.,’” said Brett Weitz, General Manager for TBS, TNT and truTV. “She’s an incredible talent and gifted producer, and we feel ‘Friday Night Vibes’ is the perfect environment to blend her unique take on comedy and culture. Tiffany’s voice and vision at the helm of this weekly series gives it power, strength and a significance that we are very proud of.”

Added Corie Henson, EVP/Head of Unscripted Development, TBS, TNT and truTV: “Mark your social calendar for the best Friday night party with music, movies, great guests and good vibes. Tiffany is the party. She is the hostest with the mostest! We’ll see you here this summer.”

“This show combines two things I love – movies and Tiffany Haddish,” said Reginald Hudlin, Executive Producer of “Friday Night Vibes”. “I’ve wanted to work with Tiffany again since we did ‘The Last O.G.’ together, and ‘Friday Night Vibes’ is a place where we can celebrate great movies, play great music and hang out with funny and insightful guests.  It’s the best way to spend your Friday night.”

The weekly lineup will include thoughtfully selected movies that are filled with storylines and characters viewers love and vibe with.  At launch, TBS will also air feature films celebrating Black excellence to commemorate Juneteenth along with classics for Father’s Day, and other films that lean into annual celebrations throughout the year.  “Friday Night Vibes” marks its premiere with the broadcast of “Creed” starting at 7:30pm ET/PT followed by “Creed 2”.  Additional movie highlights will be announced at a later date.

“Friday Night Vibes” offers brands a variety of opportunities to join in the fun. Advertisers can partner with WarnerMedia Ad Sales to customize flexible cross-platform programs surrounding the weekly entertainment, including single-week sponsorships, multi-month engagements and digital-only activations. To elevate the fan experience in a meaningful way, brands can get in on the vibes through dynamic, branded content and inclusive integrations that feature advertisers’ key ambassadors and products. State Farmâ is a launch sponsor and advertising opportunities for “Friday Night Vibes” are available through WarnerMedia’s Upfront offerings.