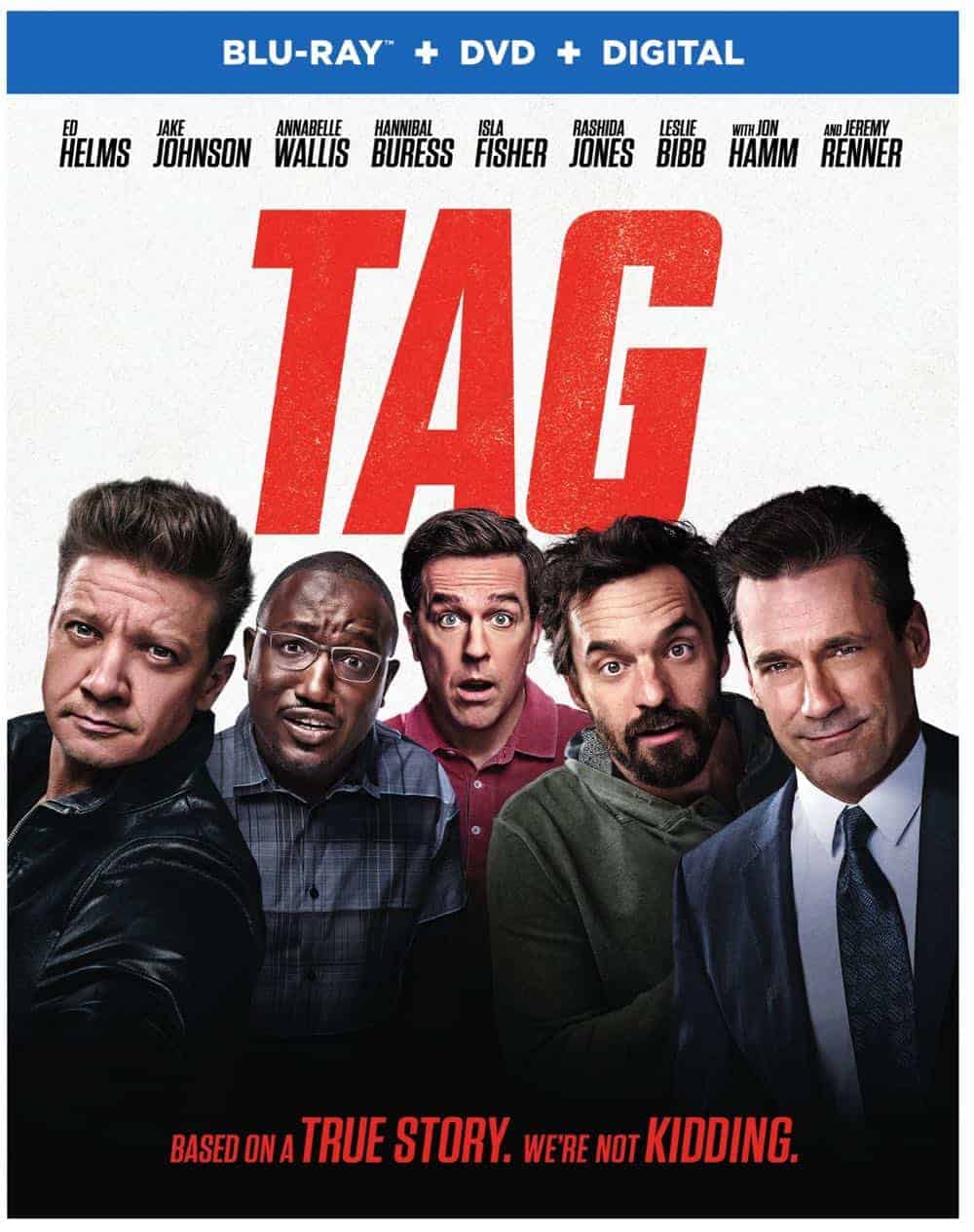 Join five highly competitive friends as they hit the ground running in the most epic game of the summer when “Tag” arrives on Blu-ray Combo Pack, DVD and Digital. From Warner Bros. Pictures, New Line Cinema and Broken Road production, this true story (We’re not kidding!) will now be yours to take home.

The “Tag” screenplay was written by Rob McKittrick (“Waiting”) and Mark Steilen (TV’s “Mozart in the Jungle”). The screen story is by Mark Steilen, which is based on The Wall Street Journal article entitled “It Takes Planning, Caution to Avoid Being It,” by Russell Adams. The film is produced by Todd Garner and Mark Steilen, with Richard Brener, Walter Hamada, Dave Neustadter and Hans Ritter serving as executive producers.

Fans can also own “Tag” via purchase from digital retailers beginning August 17.

For one month every year, five highly competitive friends hit the ground running in a no-holds-barred game of tag they’ve been playing since the first grade—risking their necks, their jobs and their relationships to take each other down with the battle cry: “You’re It!” This year, the game coincides with the wedding of their only undefeated player, which should finally make him an easy target. But he knows they’re coming…and he’s ready. Based on a true story, this outrageous comedy shows how far some guys will go to be the last man standing.

On August 17, “Tag” will be available to own on Blu-ray from select digital retailers including iTunes, Google and Vudu. It will also be available in high definition and standard definition on favorite devices from select digital retailers including Amazon, FandangoNow, iTunes, PlayStation, Vudu, Xbox and others. On August 17, “Tag” will be made available digitally on Video On Demand services from cable and satellite providers, and on select gaming consoles.

ABOUT MOVIES ANYWHERE
Movies Anywhere is a digital movie platform that enables movie fans to discover, access, and watch their favorite digital movies in one place. Movies Anywhere brings together a library of nearly 7,500 digital movies from Sony Pictures, Twentieth Century Fox Film, The Walt Disney Studios (including Disney, Pixar, Marvel Studios and Lucasfilm), Universal Pictures (including DreamWorks and Illumination Entertainment) and Warner Bros. and will continue to expand the consumer experience as more content providers, digital retailers and platforms are added. By connecting participating digital retailers that include Amazon Prime Video, FandangoNOW, Google Play, iTunes and Vudu, movie fans can now bring together their digital movie collections (whether purchased or redeemed) in one place and enjoy them from the comfort of their living rooms, and across multiple devices and platforms, including Amazon Fire devices; Android devices and Android TV; Apple TV; Chromecast; iPhone, iPad and iPod touch; Roku® devices and popular browsers. Movie fans can also redeem digital codes found in eligible Blu-ray and DVD disc packages from participating studios and enjoy them through Movies Anywhere. Movies Anywhere – your movies, together at last.

Rating: Rated R by the MPAA for language throughout, crude sexual content, drug use and brief nudity 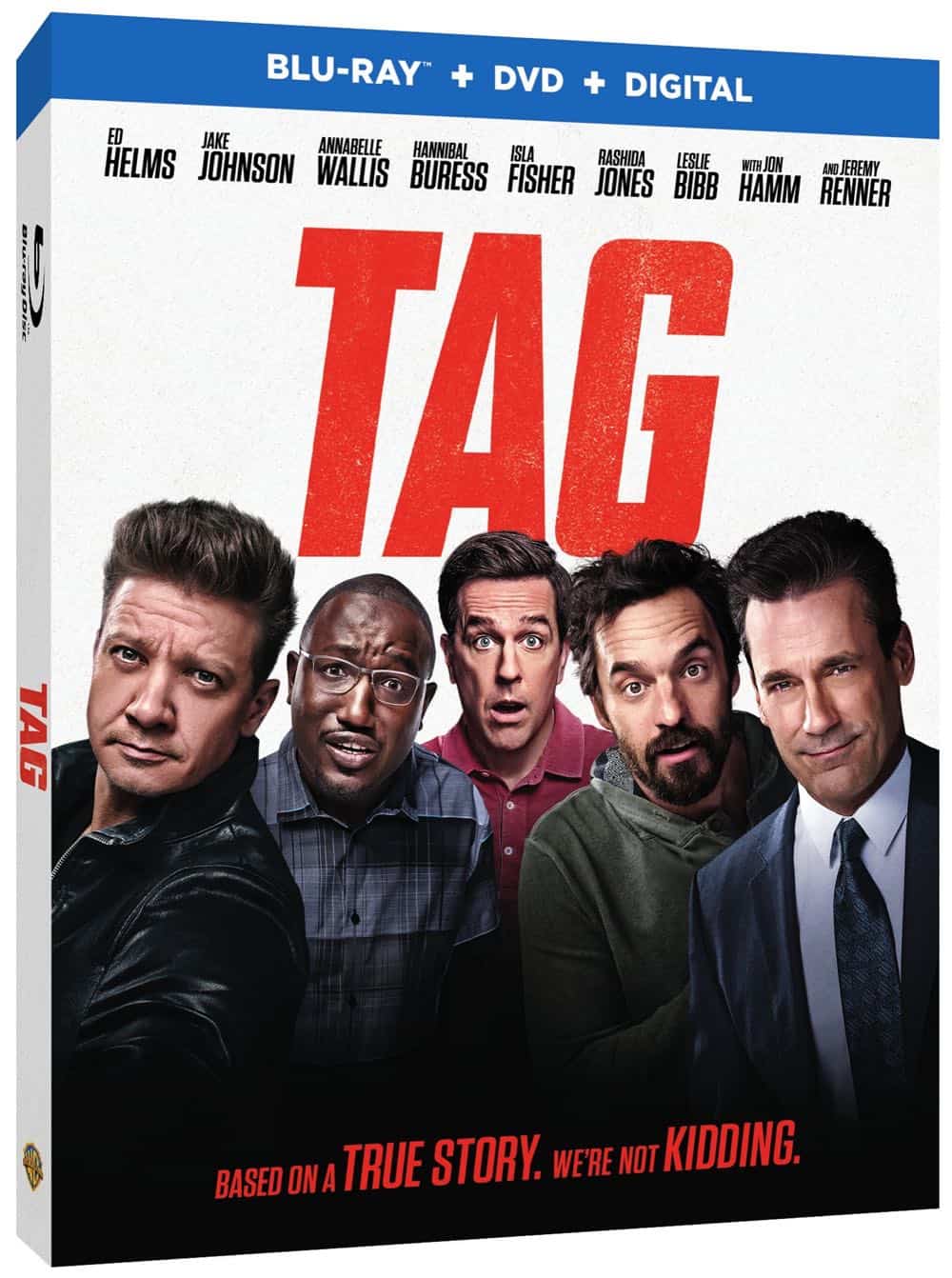