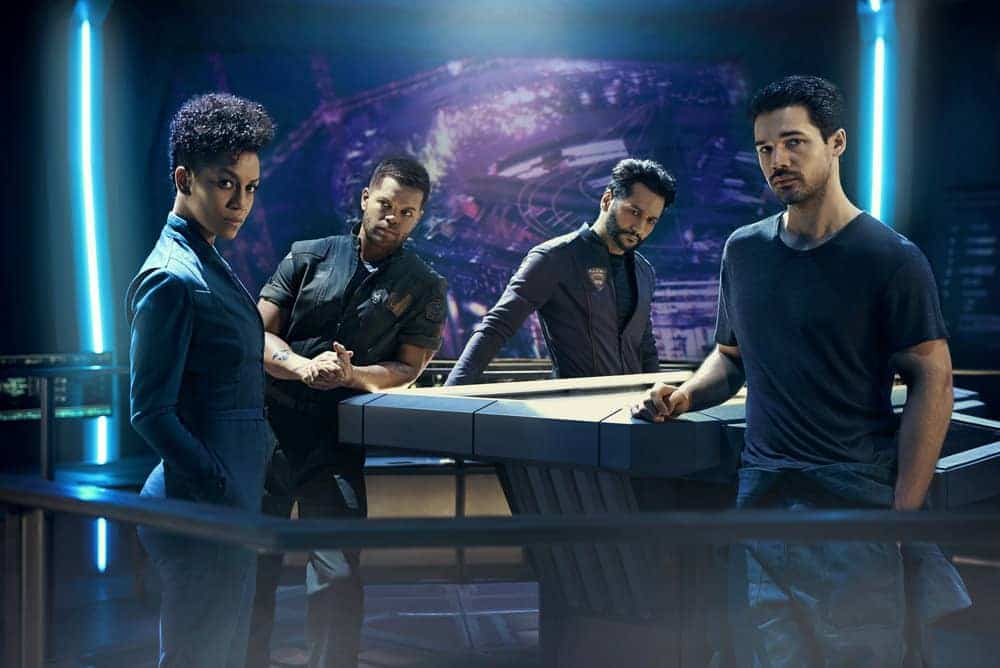 Syfy today announced a Season 3 pickup of THE EXPANSE, the drama series called the “best sci-fi show on TV” by io9 and recognized for “transforming TV” by Wired. The 13-episode third season will premiere on Syfy in 2018. From Alcon Television Group, THE EXPANSE is currently airing new Season 2 episodes every Wednesday at 10/9c on Syfy.

“THE EXPANSE is a gorgeous, thrilling, emotional series that has quite simply raised the bar for science fiction on television,” said Chris McCumber, President, Entertainment Networks for NBCUniversal Cable Entertainment. “We, along with the fans, are looking forward to continuing the journey with our partners at Alcon Television Group and the series’ brilliant cast and crew.”

THE EXPANSE unfolds across a colonized galaxy 200 years in the future, when two strangers become unwittingly swept up in a vast conspiracy. Based on the New York Times bestselling book series collectively known as “The Expanse,” written by Daniel Abraham and Ty Franck (under the pen name James S. A. Corey), THE EXPANSE stars Steven Strait, Shohreh Aghdashloo, Dominique Tipper, Cas Anvar, Wes Chatham and Frankie Adams.

THE EXPANSE is financed and produced by Alcon Television Group (ATG), a division of Alcon Entertainment.