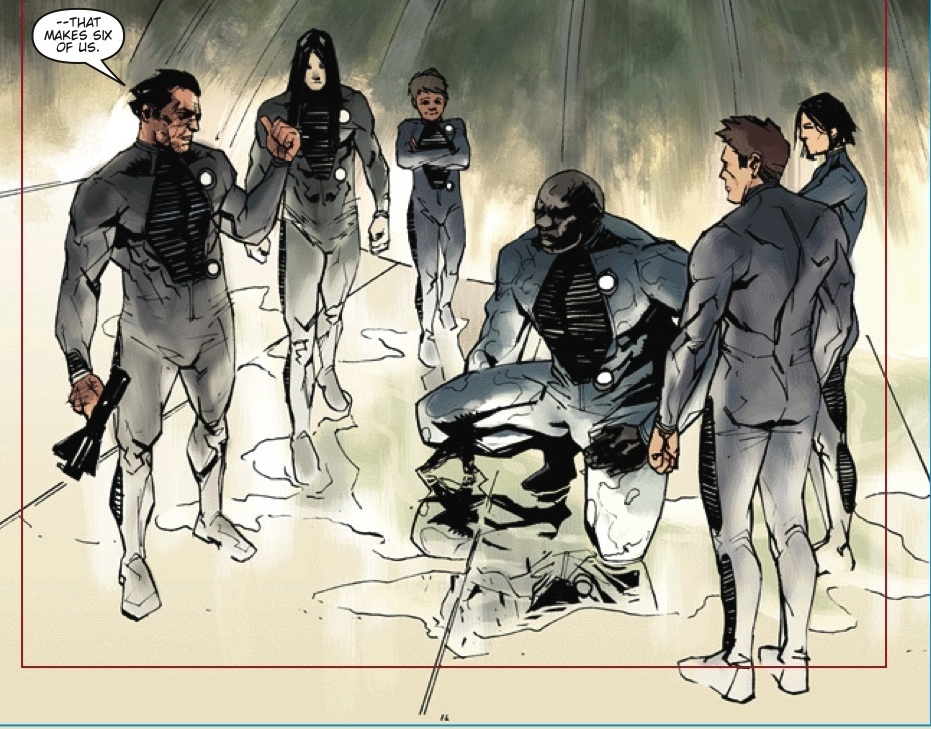 Syfy today announced it has acquired the new original series Dark Matter, which will be produced by Prodigy Pictures (Lost Girl, XIII) and created by Joseph Mallozzi and Paul Mullie (Stargate franchise).

The 13 one-hour episodes will be based on the graphic novel Dark Matter by Mallozzi and Mullie, published by Dark Horse Comics, and will air on Syfy in 2015.

In Dark Matter, the crew of a derelict spaceship is awakened from stasis with no memories of who they are or how they got on board. Facing threats at every turn, they have to work together to survive a voyage charged with vengeance, betrayal and hidden secrets.

In making the announcement, Chris Regina, Senior Vice President, Programming, Syfy, said: “Dark Matter is a refreshing and entertaining space opera that blends an intriguing premise with fast-paced suspense. It will be a terrific addition to our prime time schedule next year.”

Said Jay Firestone, Prodigy Pictures: “We’re thrilled to be working with Joe and Paul, who have created a series that revolves around compelling characters that will keep its viewers guessing what’s coming up next.”

Said Cathy Payne, Chief Executive, Endemol Worldwide Distribution: “We are excited to be involved with Dark Matter and look forward to launching this internationally in 2015, concurrently with Syfy.”

Dark Matter joins Syfy’s international co-productions Z Nation and Olympus (which premieres in 2015) along with popular acquired series such as Lost Girl, Spartacus and Bitten.