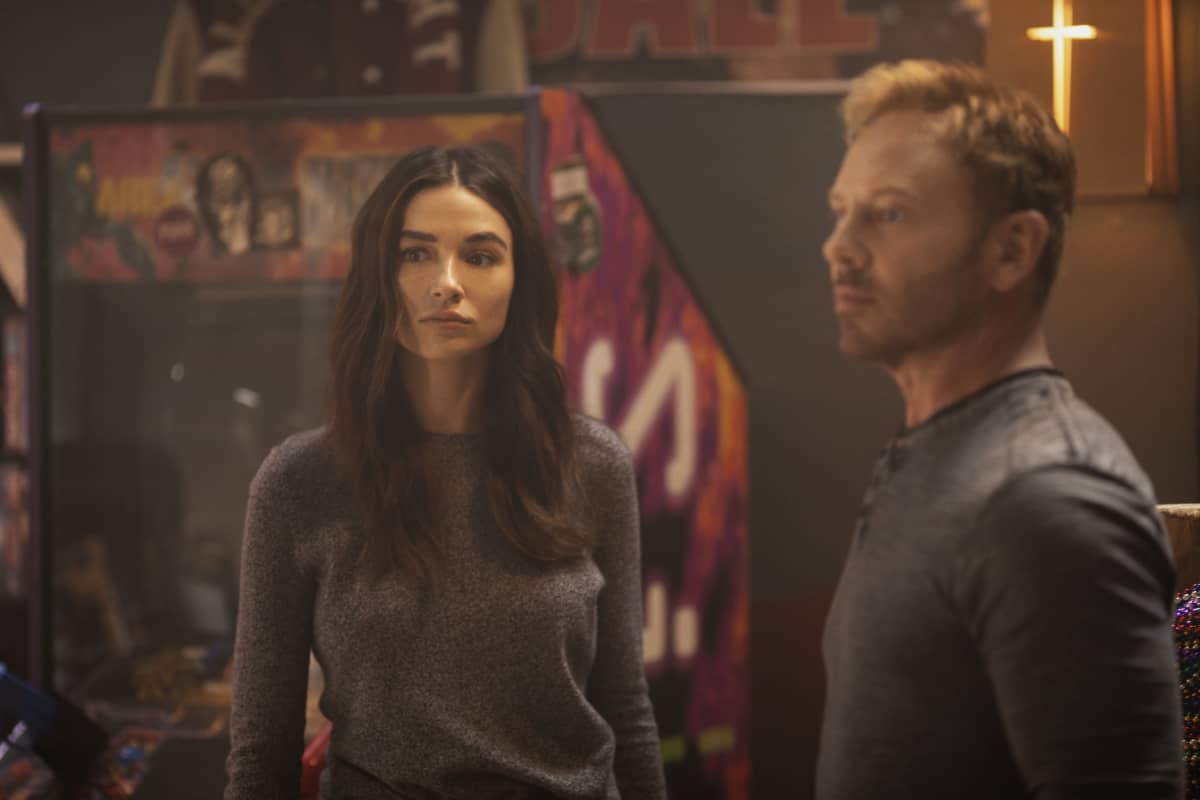 SWAMP THING Season 1 Episode 2 Photos Worlds Apart “Worlds Apart” WHAT LIES BENEATH – Certain that Alec’s (Andy Bean) disappearance is more than an accident, Abby (Crystal Reed) and Matt (Henderson Wade) venture into the swamp, where she encounters Swamp Thing (Derek Mears). Scientist Jason Woodrue (Guest Star Kevin Durand) comes to Marais. The episode was written by Len Wiseman and written by Mark Verheiden & Doris Egan (#102). The CW broadcast airdate 10/13/2020. SWAMP THING will be available to stream on The CW App and CWTV.com the day after broadcast for free and without a subscription, log-in or authentication required.