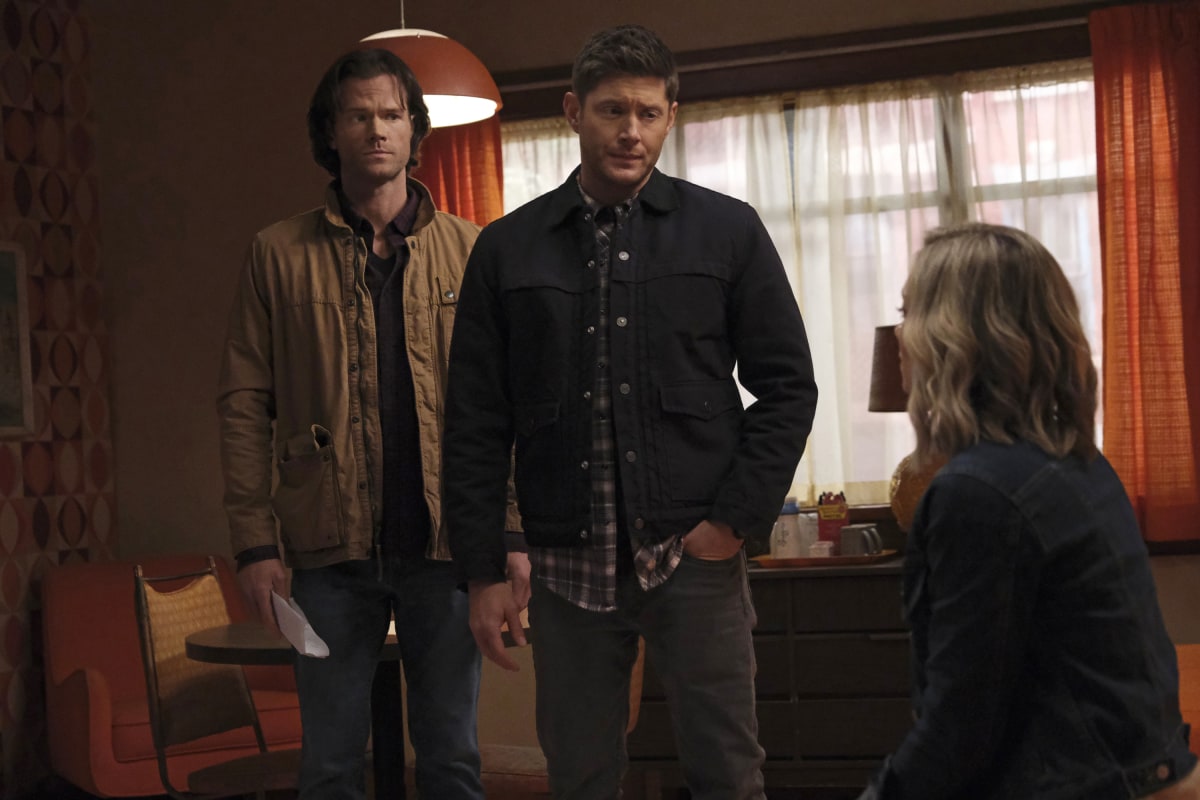 SUPERNATURAL Season 15 Episode 16 Photos Drag Me Away (From You)Drag Me Away (From You) (Ep# 1516) FLASHBACK TO A YOUNG SAM AND DEAN — Sam (Jared Padalecki) and Dean (Jensen Ackles) are asked to investigate the murder of a childhood friend, calling them back to a motel from their past and perplexing the brothers with a case they thought was solved a long time ago. Amyn Kaderali directed the episode written by Meghan Fitzmartin (#1516). Original airdate 10/22/2020.