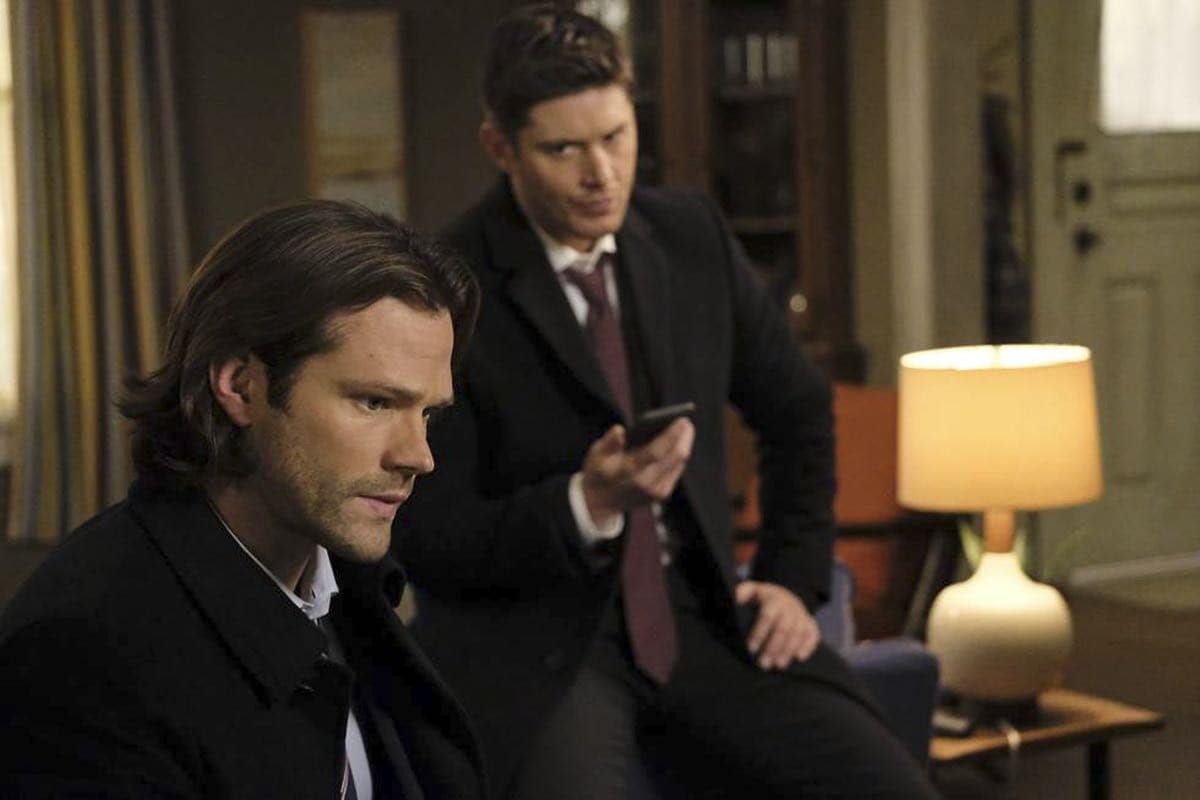 SUPERNATURAL Season 12 Episode 15 Photos Somewhere Between Heaven and Hell : THE HOUNDS OF HELL — An attack by an invisible hellhound at a campsite leads Sam (Jared Padalecki) and Dean (Jensen Ackles) to investigate the mysterious circumstances. Meanwhile, two of Crowley’s (Mark A. Sheppard) own personal demons uncover what he has been hiding. Castiel (Misha Collins) gets a lead on Kelly Kline. Directed by Nina Lopez-Corrado, the episode was written by Davy Perez. (#1215). Original airdate 3/9/2017.