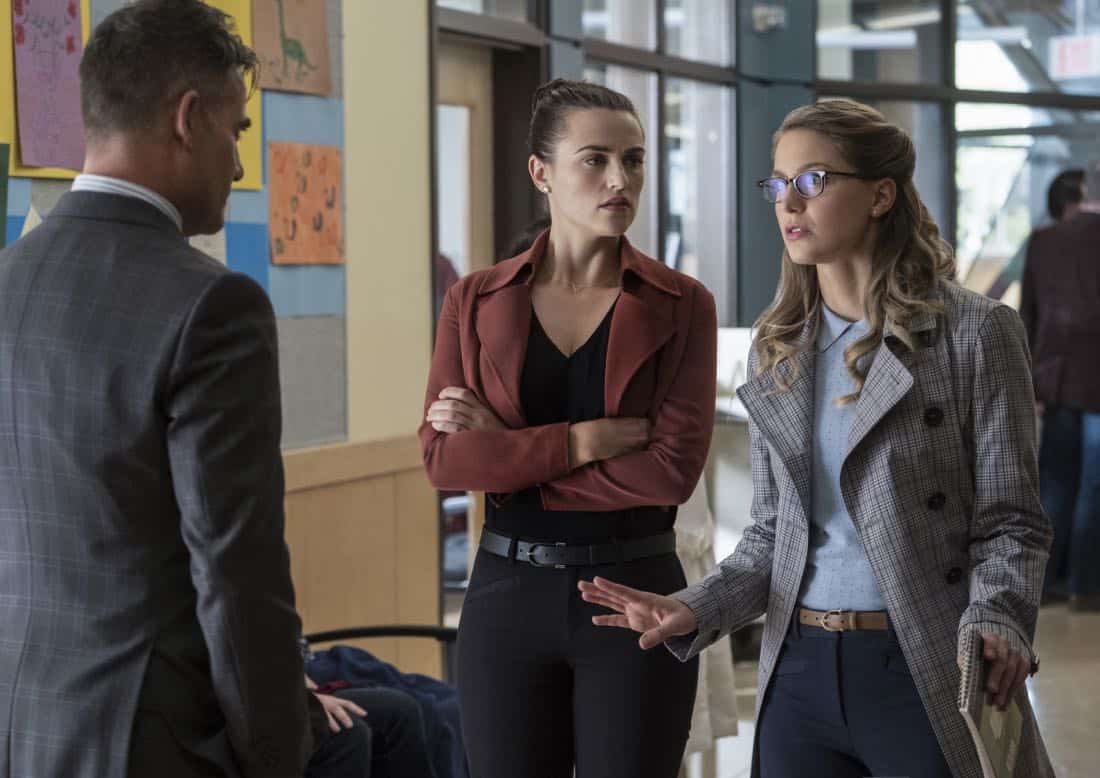 MORGAN EDGE SETS HIS SIGHTS ON LENA — When multiple children get sick from lead poisoning, Morgan Edge (guest star Adrian Pasdar) points the finger at Lena (Katie McGrath) and blames her creation of the lead bomb she made to save National City from the Daxamites. While Lena knows she never intended any harm, she fears there may have been a flaw in her design, leaving her responsible. Kara (Melissa Benoist) teams up with Samantha (Odette Annable) to clear Lena’s name, but it turns out to be harder than they thought. Meanwhile, Alex (Chyler Leigh) and Maggie (guest star Floriana Lima) make a crucial decision about the future of their relationship. Kevin Smith directed the episode written by Eric Carrasco & Cindy Lichtman (#305). Original airdate 11/6/2017. SUPERGIRL Season 3 Episode 5 Photos Damage