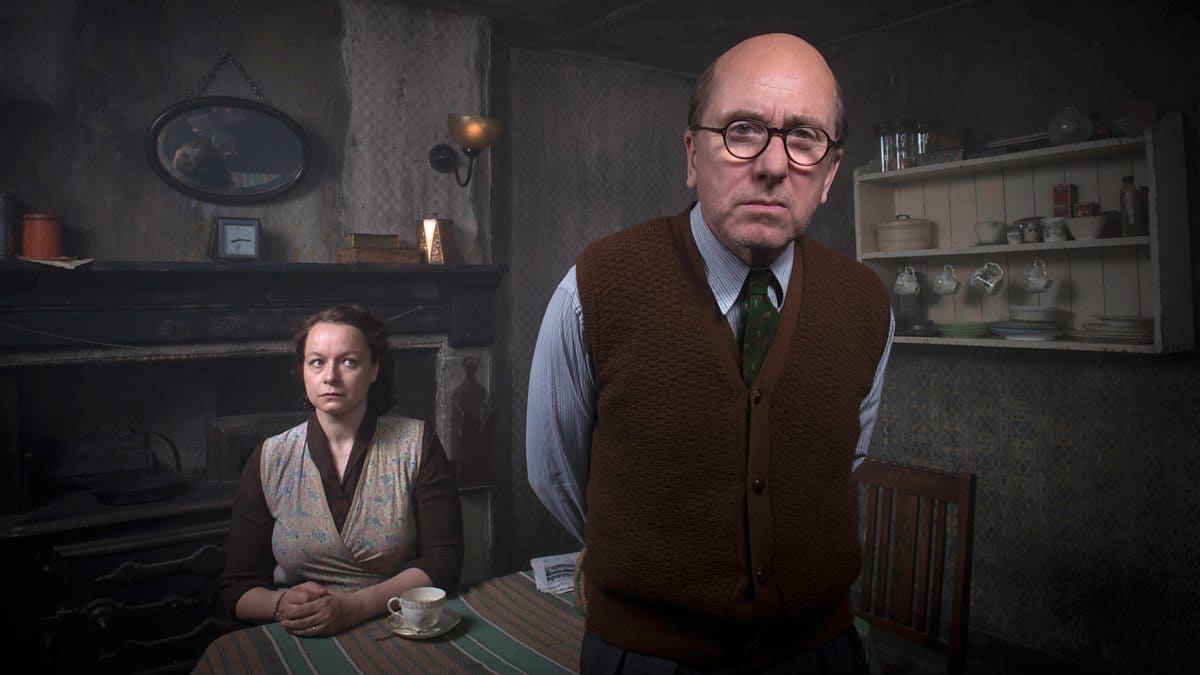 RILLINGTON PLACE explores the life of John Christie (Roth) and the real-life multiple murders carried out by the serial killer in London’s Notting Hill in the 1940s and 1950s. As one critic noted, the depiction of “the manipulation, the entrapment, the complicity without blame, the forced compromises, and the black misery spreading from one man’s evil has rarely… been better done” and the subsequent tragic miscarriage of justice, which led to Timothy Evans being hanged for a crime he did not commit, contributed towards the abolition of capital punishment in Britain.

Presenting each episode from the separate viewpoints of Ethel, Timothy and finally Christie, writers Ed Whitmore and Tracey Malone drew on original source material from London’s National Archives, alongside new interviews with surviving relatives, to retrace the steps that led Timothy to be accused of murder whilst Christie went unchallenged until his arrest in 1953.

RILLINGTON PLACE is made by BBC Studios, the BBC’s commercial production arm, in association with Bandit Television for BBC One. It is directed by Craig Viveiros (And Then There Were None) and written by Ed Whitmore (He Kills Coppers) and Tracey Malone (Born To Kill).

BACK, the six-part acerbic comedy, and a Sundance Now co-production reunites Simon Blackwell with David Mitchell and Robert Webb and follows Stephen (Mitchell) as he tries to follow in his recently deceased father’s footsteps and take over the family business. But his plans are soon foiled by the unexpected return of his estranged foster brother, Andrew (Webb).

After the death of his father, a pub landlord and local legend, Stephen (Mitchell) – whose only achievements so far have been marriage, followed by divorce, and a slightly disappointing refurbish of a pub – finally has a chance to shine as he is set to take over the family business. But his plans are interrupted when the charming Andrew (Webb), a former foster child briefly raised by Stephen’s parents, turns up out of the blue at his father’s funeral and is eager to renew his relationship with the closest thing to a family he has ever known. While Andrew quickly charms the rest of Stephen’s dysfunctional family, including his mother Ellen, sister Cass and uncle Geoff, Stephen quickly begins to resent Andrew, who he sees as a glib, dangerous sociopath who’s about to steal his family, his business and his life.

BACK is produced by That Mitchell & Webb Company in association with Big Talk Productions for Channel 4 in the UK, commissioned by Fiona Dermott, and will premiere exclusively on Sundance Now in the US. Executive Producers are Kenton Allen, Simon Blackwell, Matthew Justice, David Mitchell, Robert Webb.