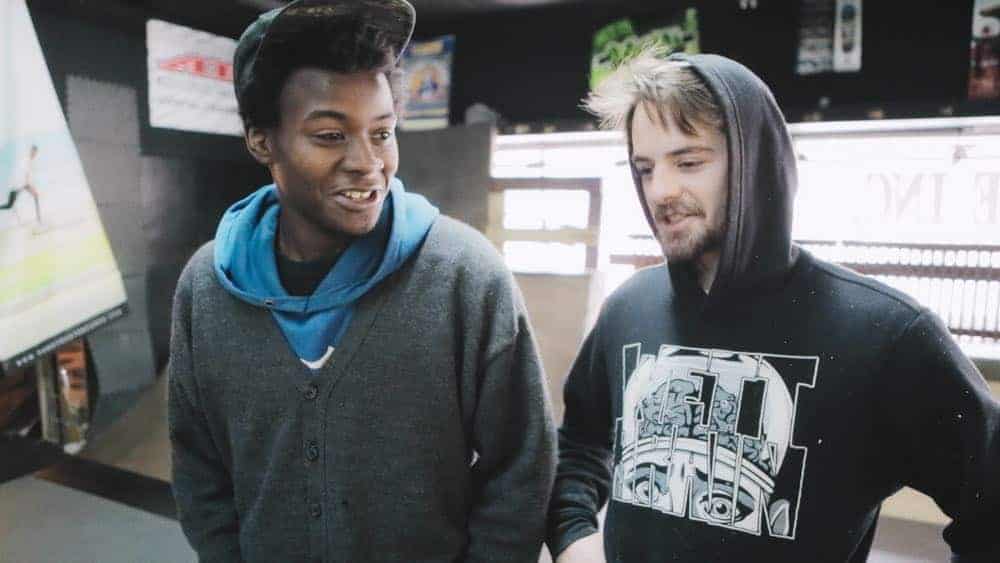 Hulu announced that the company has acquired the rights to MINDING THE GAP, a moving documentary from director Bing Liu about three young men who bond across racial lines to escape volatile families in their Rust Belt hometown. Ten years later, while facing adult responsibilities, unsettling revelations force them to reckon with their fathers, their mothers, and each other. The film will be released as a Hulu Documentary both theatrically across key markets in the US and on Hulu on August 17th.

MINDING THE GAP was shot by Bing Liu and marks the director’s feature debut. The film made its world premiere earlier this year at the 2018 Sundance Film Festival, where it went on to win the U.S. Documentary Special Jury Award for Breakthrough Filmmaking. Since Sundance it has received over twenty-five awards and distinctions at festivals, including nine Jury Awards for Best Documentary and five Audience Awards.

Compiling over 12 years of footage shot in his hometown of Rockford, IL, in MINDING THE GAP Bing Liu searches for correlations between his skateboarder friends’ turbulent upbringings and the complexities of modern-day masculinity. As the film unfolds, Bing captures 23-year-old Zack’s tumultuous relationship with his girlfriend deteriorate after the birth of their son and 17-year-old Keire struggling with his racial identity as he faces new responsibilities following the death of his father. While navigating a difficult relationship between his camera, his friends, and his own past, Bing ultimately weaves a story of generational forgiveness while exploring the precarious gap between childhood and adulthood.

“When I first started developing MINDING THE GAP, I knew I wanted it to be accessible to young audiences, so I’m enthused with the reach the film will have as a Hulu Original,” said Bing Liu. “The film has elicited strong emotional responses with festival viewers around the world, so I’m happy with Hulu’s plans for a theatrical release and an outreach campaign to engage audiences in discussing the issues the film explores. I’m infinitely grateful for the friends and collaborators who’ve made the film possible, especially the brave participants of the film.”

MINDING THE GAP will join Hulu’s growing list of award-winning and critically acclaimed documentaries, including TINY SHOULDERS: RETHINKING BARBIE, THE BEATLES: 8 DAYS A WEEK – THE TOURING YEARS, TOO FUNNY TO FAIL, OBEY GIANT, BECOMING BOND, DUMB, BATMAN AND BILL and MARCH OF THE PENGUINS 2: THE NEXT STEP.

Hulu is a leading premium streaming service that offers instant access to live and on demand channels, original series and films, and a premium library of TV and movies to more than 20 million subscribers in the U.S. Since its launch in 2008, Hulu has consistently been at the forefront of entertainment and technology. Hulu is the only streaming service that offers both ad-supported and commercial-free current season shows from the largest U.S. broadcast networks; libraries of hit TV series and films; and acclaimed Hulu Originals including Emmy(R) and Golden Globe Award-winning series The Handmaid’s Tale, The Looming Tower, Future Man, Marvel’s Runaways, The Path, 11.22.63, and Golden Globe nominated comedy Casual, as well as upcoming series Castle Rock, The First, Catch-22 and Little Fires Everywhere. In 2017, Hulu added live news, entertainment and sports from 21st Century Fox, The Walt Disney Company, NBCUniversal, CBS Corporation, The CW, Turner Networks, A+E Networks and Scripps Networks Interactive to its offerings – making it the only TV service that brings together live, on-demand, originals, and library content all in one place, across living room and mobile devices.