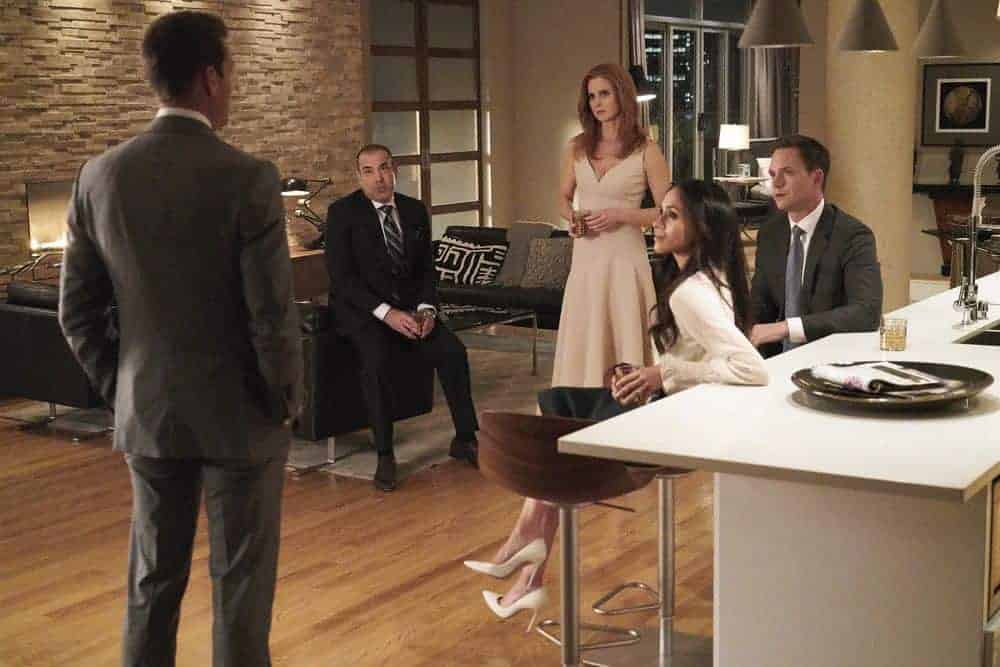 Harvey and Louis are blindsided by an attack against Specter Litt. Meanwhile, Mike can’t turn his back on the clinic when a class action suit overwhelms Nathan and Oliver. SUITS Season 7 Episode 15 Photos Tiny Violin.