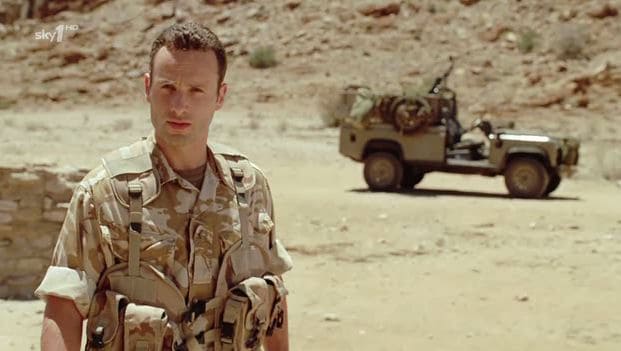 STRIKE BACK: ORIGINS will begin its six-episode premiere run Oct. 25 on CINEMAX, marking the first time the series will be seen in the United States, it was announced today by Kary Antholis, president, HBO Miniseries and CINEMAX Original Programming. Presented in the UK in 2010 on Sky, the show was acquired by HBO/CINEMAX from BBC Worldwide Sales and Distribution and was produced by Left Bank Pictures and Ingenious Broadcasting. Left Bank Pictures currently produces “Strike Back” with partners CINEMAX and Sky.

Taking over the Friday-night 10:00 p.m. (ET/PT) time slot of “Strike Back” after it completes its third season on Oct. 18, STRIKE BACK: ORIGINS stars Richard Armitage (“The Hobbit”) and Andrew Lincoln (“The Walking Dead”). Originally titled “Chris Ryan’s Strike Back,” the show was based on the book series of the same name by former British Special Forces soldier Ryan.

STRIKE BACK: ORIGINS tells the story of John Porter (Armitage), an SAS soldier who realizes a connection between a current hostage situation and a mission he ran in Iraq in 2003.  He appeals to Hugh Collinson (Lincoln), a fellow team member from that mission who now runs the stealth counterterrorism unit Section 20 for the UK government, to allow him to join the rescue mission. Porter and Collinson have gone in sharply different directions in the years since their original mission went awry, with one enjoying a successful military career and the other’s life falling apart.

Porter makes an appearance in the first season of CINEMAX’s “Strike Back,” during which he is captured on a mission and Section 20 head Col. Eleanor Grant (Amanda Mealing) brings in U.S. Special Forces soldier Damien Scott (Sullivan Stapleton) to work with Michael Stonebridge (Philip Winchester) and the team. Scott previously ran a mission with Porter in Iraq and had knowledge of their target, terrorist Latif.