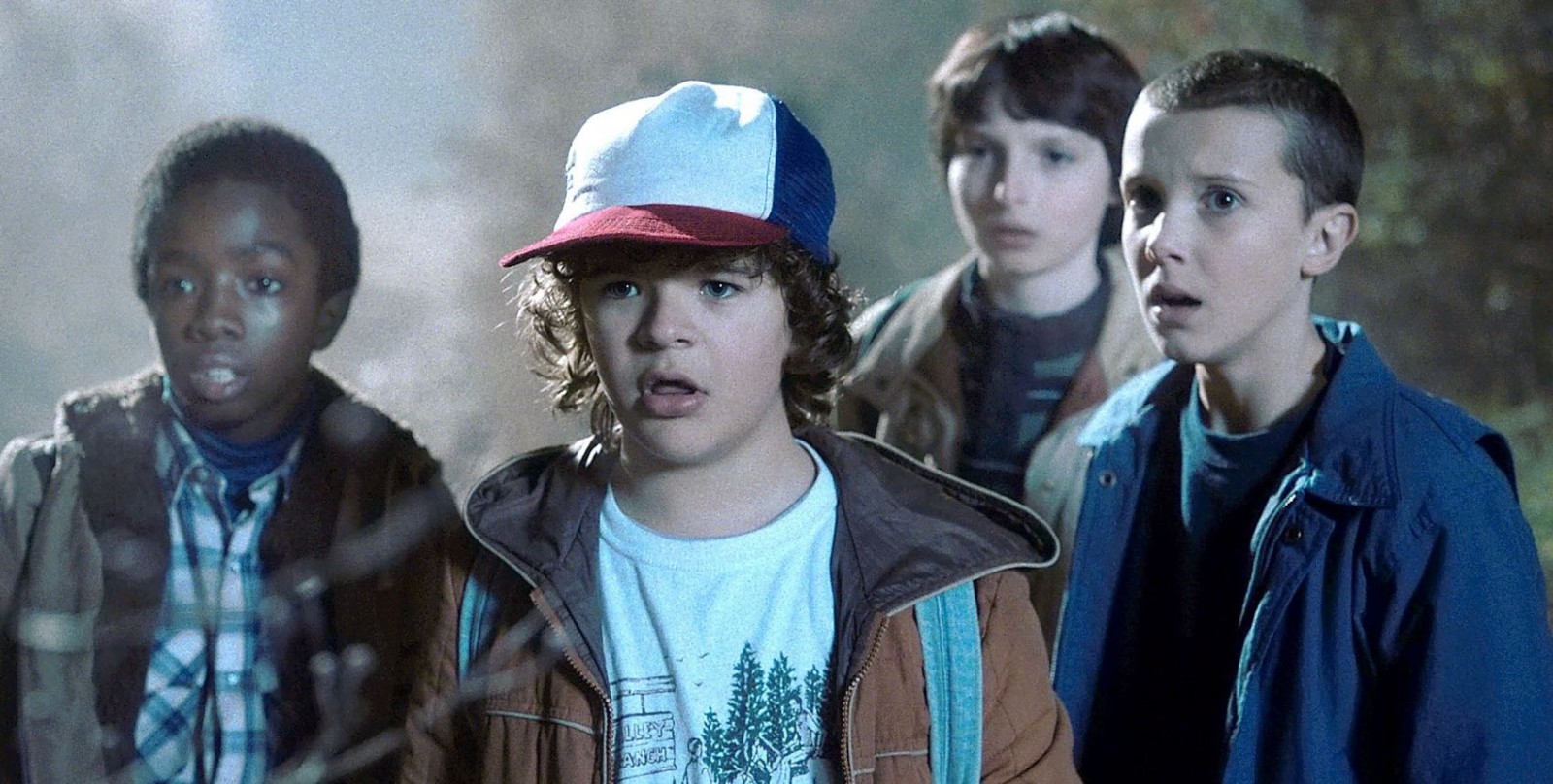 Do you remember the movie genre that is uniquely 1980s about a bunch of kids getting over their heads in an adventure? It’s a bit campy, but can also be a bit scary, and when the young actors are well chosen, it’s among the best of film for those who grew up in that era and hold a special nostalgia for it in their hearts.

If so, then Netflix’s newest series, STRANGER THINGS, created by twins Matt and Ross Duffer (Hidden), (appropriately for this piece) credited as The Duffer Brothers, is going to seem very familiar to you. Set in the 80s, the story is that of four RPG-playing boys, one of whom, Will (Noah Schnapp, Bridge of Spies), goes missing early on in the pilot. While the adults, including Will’s single mother, Joyce (Winona Ryder, Edward Scissorhands, Black Swan), go looking for Will, his friends, against their parents’ orders, join in the hunt, unable to just sit on the sidelines and wonder what happened to their pal.

It’s funny, most television shows and movies, unless made specifically for children, don’t allow the youngest members of society to act on their own and with peers in a big way. Generally, in stories like this one, the focus would be on the parents and the law enforcement officers who are trying to solve the case. Yet, in STRANGER THINGS, the plotline is divided, allowing us to see Will’s mom and the local police chief’s, Hopper (David Harbour, The Newsroom, The Equalizer) side of things, but giving at least equal time over to the kids.

Make no mistake, that is a plus for STRANGER THINGS, which has assembled a very talented group of youngsters, the best-known of which is Schnapp, who will be the least seen. The leader and best friend to missing Will is Mike (Finn Wolfhard), whose sister, Nancy (Natalia Dyer, I Believe in Unicorns), is the boy-crazy outsider who will presumably get drawn into her little brother’s journey, eventually. Dustin (Gaten Matarazo) is the awkward one who feels like the funny, chubby guy, but without being chubby, and whom harbors a crush on Nancy. If STRANGER THINGS were truly made in the 1980s, then the last member of the group, Lucas (Caleb McLaughlin), would be the token minority. While less developed in the pilot than the others, I hope that the show has more in store for Lucas than that.

Now, up to this point, I’ve only laid out the program as a missing child story, but it’s more than that. Like the best of the 80s flicks, there is an unearthly bend. In this case, it’s a secret lab led by Dr. Martin Brenner (Matthew Modine, Weeds, The Dark Knight Rises), which has other-wordly things in it. There’s also a strange child named Eleven (Millie Bobby Brown, Intruders) who has a connection to it. STRANGER THINGS doesn’t jump the gun by giving us much information at all about this lab, but it’s certain that Will’s disappearance will tie into it.

Which leaves the overall tone creepy, like the best of Netflix’s little-watched Hemlock Grove or a classic horror film, while serving the fun-loving attitude of the era. It’s a period piece that really does feel, so far, like it was made in the period in which it is set, and is thoroughly enjoyable. This type of story has been begging for more than two hours to explore itself in, and STRANGER THINGS finally delivers on that. Combined with a couple vintage-style comedy series, the streaming service is setting itself up as a destination for taking risks, as I wouldn’t expect any other network to pick up something like this, and this risk is worth taking. I think Netflix may very well have a hit on its hands.

STRANGER THINGS’ eight-episode first season will be available on Netflix on July 15th.