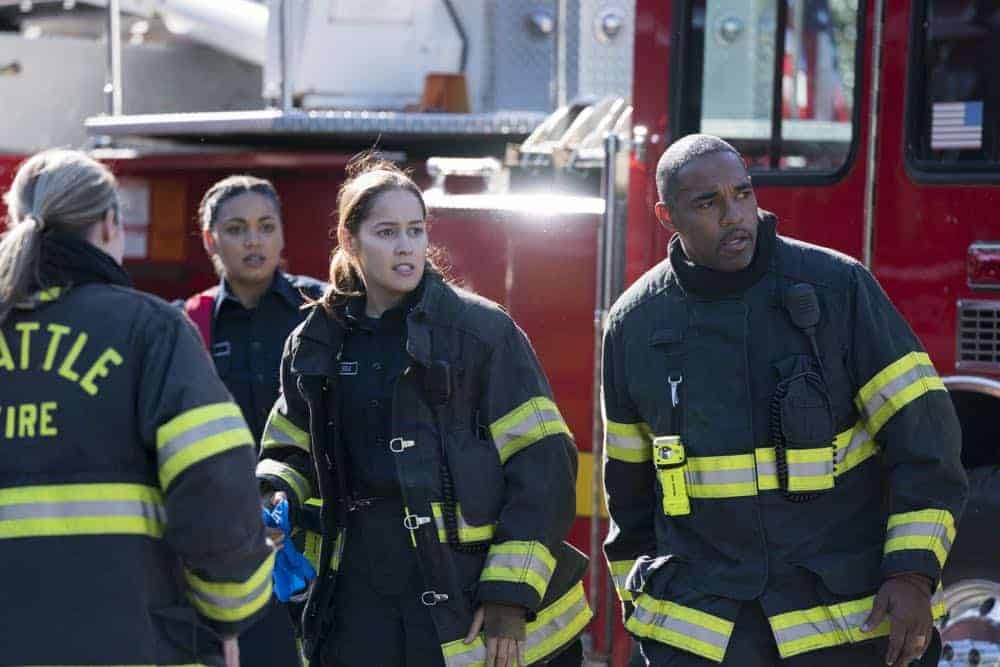 Station 19 “Every Second Counts” – Ripley interviews each member of the Station 19 crew to determine whether Andy or Jack should be given the role of captain. Meanwhile, a mom’s day out on a party bus takes a turn for the worst; and Captain Pruitt continues his treatment, on “Station 19,” THURSDAY, MAY 3 (9:00-10:00 p.m. EDT), on The ABC Television Network, streaming and on demand. STATION 19 Season 1 Episode 8 Photos Every Second Counts.

Guest starring are Brett Tucker as Ripley and Brenda Song as JJ.

“Every Second Counts” was written by Tia Napolitano and directed by Marisol Adler.