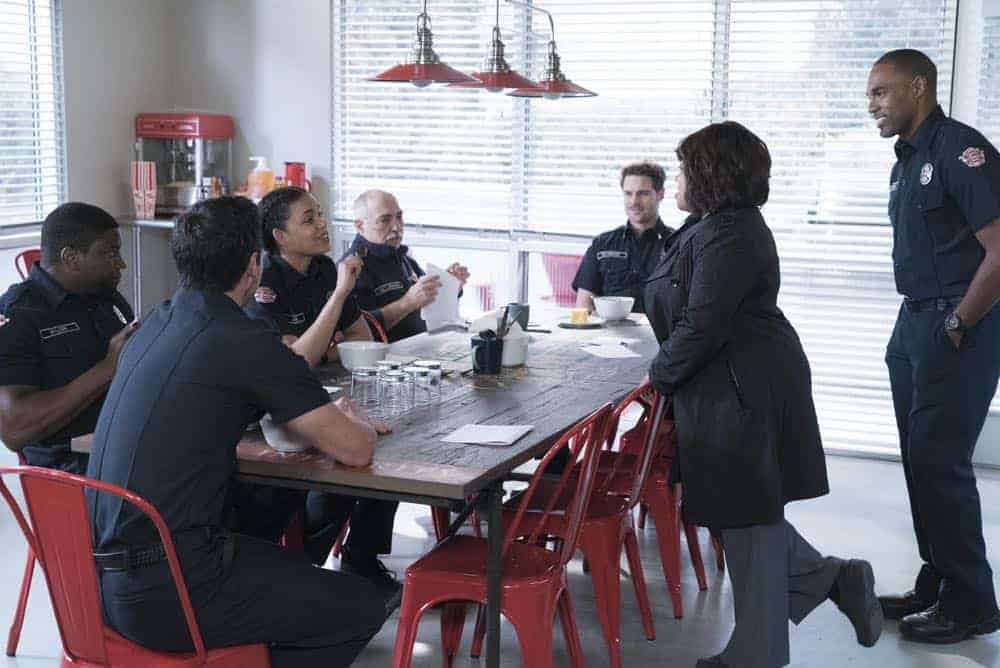 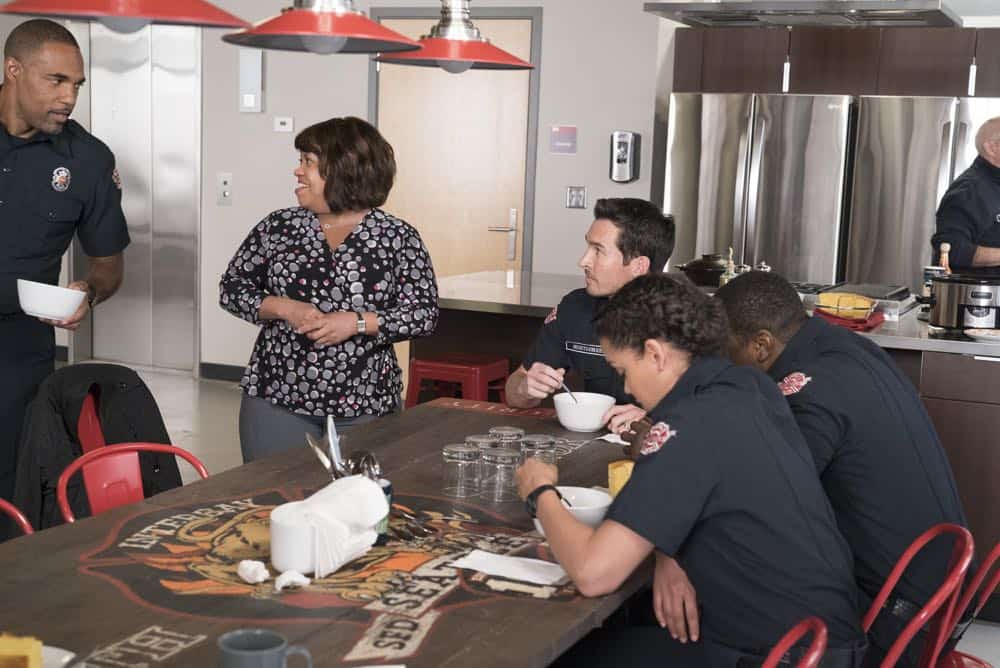 “Shock To The System” – Miranda Bailey visits Ben at work, meeting his new co-workers for the first time. While most of the team responds to a motor vehicle accident involving an electrical danger, Andy and Maya are paired up to go on their first stakeout, on “Station 19,” THURSDAY, APRIL 12 (9:00-10:00 p.m. EDT), on The ABC Television Network, streaming and on demand. STATION 19 Season 1 Episode 5 Photos Shock To The System.

Guest stars are Chandra Wilson as Miranda Bailey and Brenda Song as JJ.

“Shock To The System” was written by Anupam Nigam and directed by Milan Cheylov.