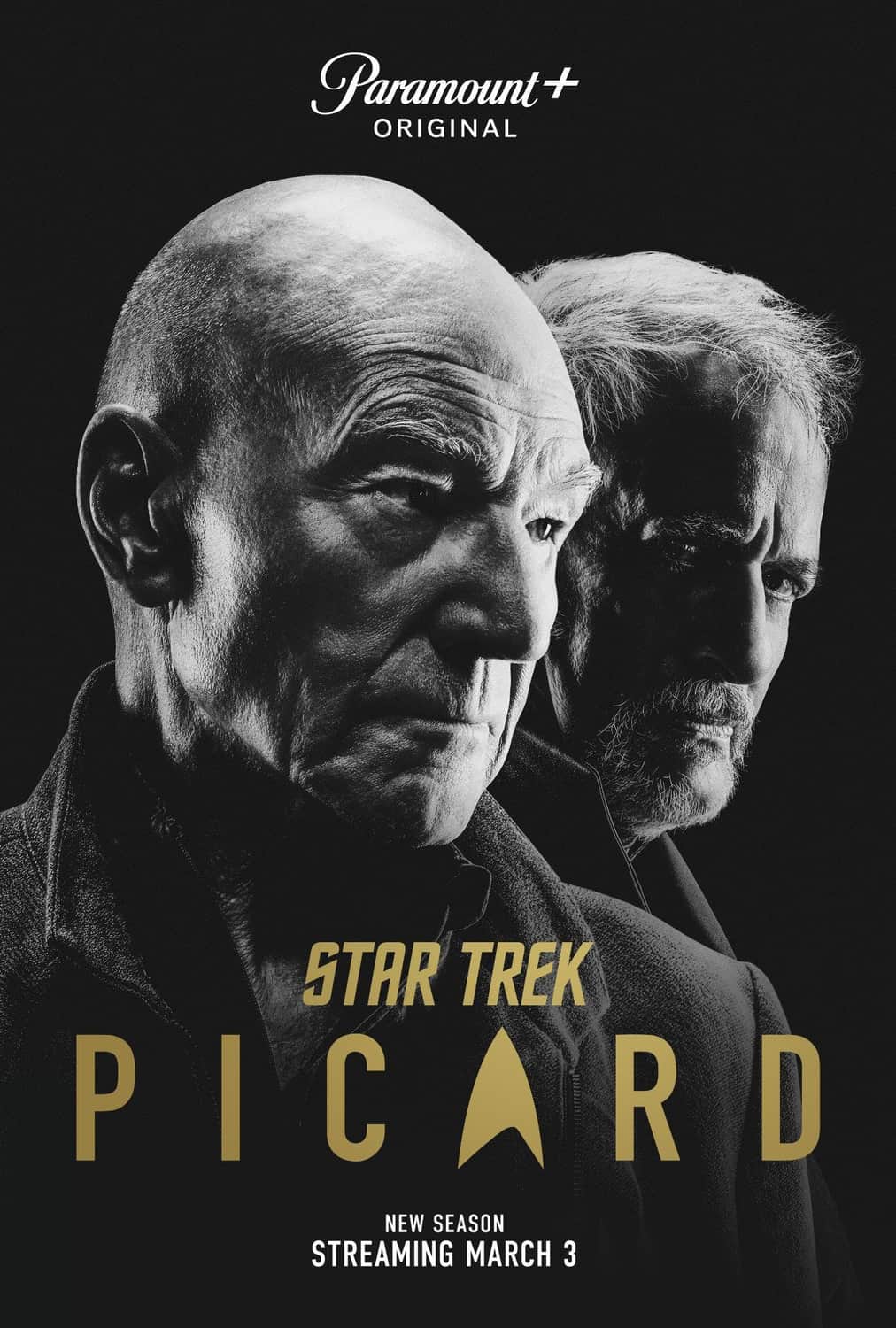 Paramount+, the streaming service from ViacomCBS, revealed the official trailer for season two of its hit original series STAR TREK: PICARD. Season two of STAR TREK: PICARD will premiere on Thursday, March 3, exclusively for Paramount+ subscribers in the U.S. Following the premiere, new episodes of the 10-episode-long second season will drop weekly on Thursdays. In addition, the trailer unveils a first look at Academy Award winner Whoopi Goldberg, reprising her beloved role as Guinan from “Star Trek: The Next Generation.”

Season two of STAR TREK: PICARD takes the legendary Jean-Luc Picard and his crew on a bold and exciting new journey: into the past. Picard must enlist friends both old and new to confront the perils of 21st century Earth in a desperate race against time to save the galaxy’s future – and face the ultimate trial from one of his greatest foes.

STAR TREK: PICARD is currently in production on a third season.

STAR TREK: PICARD streams exclusively on Paramount+ in the U.S. and is distributed concurrently by ViacomCBS Global Distribution Group on Amazon Prime Video in more than 200 countries and territories. In Canada, it airs on Bell Media’s CTV Sci-Fi Channel and streams on Crave.

About Paramount+:
Paramount+, a direct-to-consumer digital subscription video on-demand and live streaming service from ViacomCBS, combines live sports, breaking news, and a mountain of entertainment. The premium streaming service features an expansive library of original series, hit shows and popular movies across every genre from world-renowned brands and production studios, including BET, CBS, Comedy Central, MTV, Nickelodeon, Paramount Pictures and the Smithsonian Channel. The service is also the streaming home to unmatched sports programming, including every CBS Sports event, from golf to football to basketball and more, plus exclusive streaming rights for major sports properties, including some of the world’s biggest and most popular soccer leagues. Paramount+ also enables subscribers to stream local CBS stations live across the U.S. in addition to the ability to stream ViacomCBS Streaming’s other live channels: CBSN for 24/7 news, CBS Sports HQ for sports news and analysis, and ET Live for entertainment coverage.