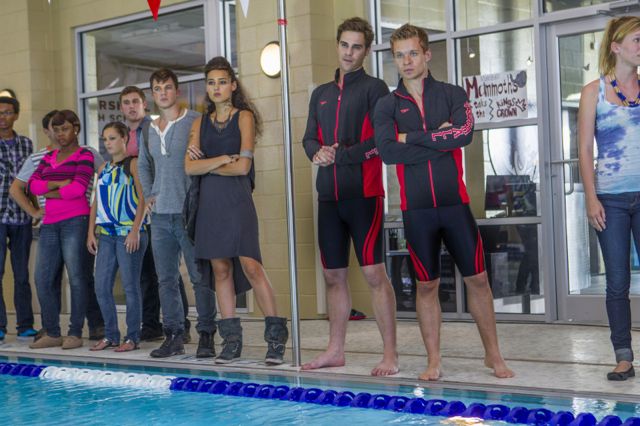 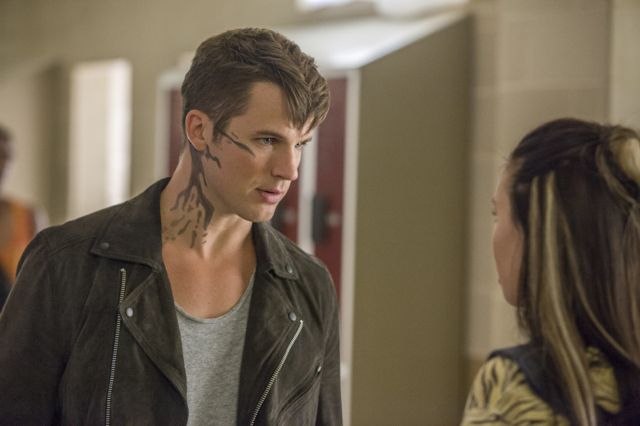 SWIM MEET — Roman (Matt Lanter) is furious when the sector guards ransack his family’s pod looking for restricted technology.  However, he is taken aback when his mother (guest star Susan Walters) shows him a secret cell phone she found hidden in his late father’s things.  Roman takes the phone to school in hopes of retrieving the data and finding out what his father was hiding.  Turning to a friend he trusts, Roman asks Julia (Malese Jow) for help and she introduces him to Lukas (Titus Makin, Jr.), a tech genius.  Emery (Aimee Teegarden) notices Roman’s newfound closeness to Julia, but since Julia had promised to keep Roman’s secret, she deflects Emery’s questions, causing tensions between the friends.  Grayson (Grey Damon) asks Emery to forgive him for the incident at the sector, but she’s not sure she can trust him.  Meanwhile, with Emery’s encouragement, and under Teri’s (Chelsea Gilligan) watchful eye, Sophia (guest star Brina Palencia) decides to join the swim team and blows everyone away with her speed.  Unfortunately, not everyone is thrilled to have Brina on the team and when she is poisoned by rivals, an all-out brawl ensues.  The Trags give Drake (Greg Finley) a mission.  Harry Sinclair directed the episode written by Robert Hewitt Wolfe (#104).