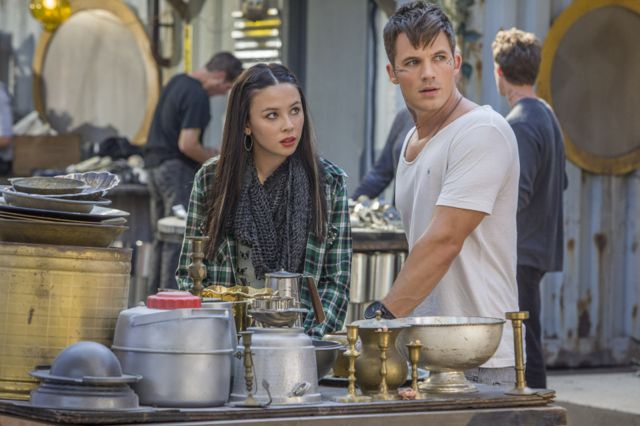 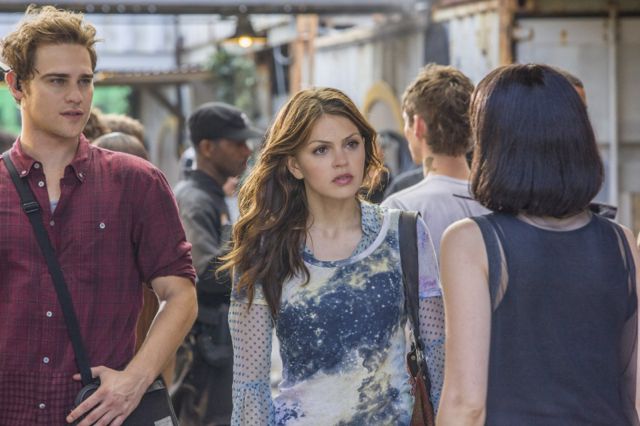 STAR-CROSSED Episode 1.3 Photos Our Toil Shall Strive To Mend : ARRIVAL DAY — It’s the tenth anniversary of “Arrival Day” and the town is preparing a commemoration for the fallen soldiers.  Gloria (guest star Victoria Platt) selects a small group of human teenagers who will spend some time inside the sector to see what it’s like to be an Atrian for a day.  In addition, Gloria assigns Emery (Aimee Teegarden) the task of filming the interactions.  While Grayson (Grey Damon) offers to help her with the project, Roman (Matt Lanter) strongly objects to Emery going inside the sector.  Despite Roman’s concern for her safety, Emery decides to move forward with the project.  While Sophia (Brina Palencia) is excited to show everyone around her pod, Teri (Chelsea Gilligan) and Drake (Greg Finley) resent the intrusion and decide to have a little fun at the humans’ expense.  However, when Drake is kidnapped during the tour, he’s surprised by who is behind the abduction.  Meanwhile, Julia (Malese Jow) confronts Roman with her suspicions about cyper.  Deran Sarafian directed the episode written by Adele Lim (#103).