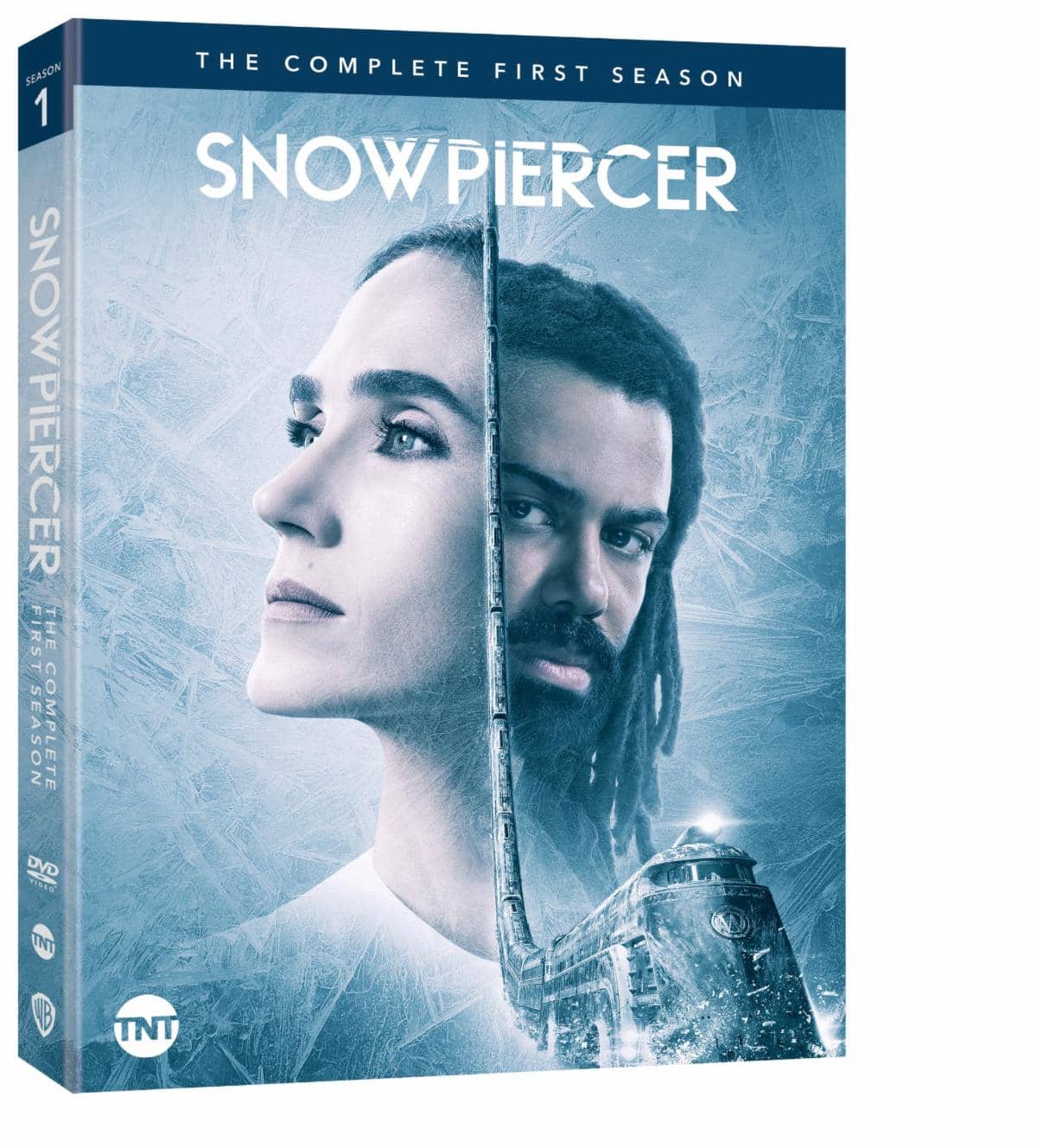 Set more than seven years after the world has become a frozen wasteland, “Snowpiercer” centers on the remnants of humanity who inhabit a perpetually moving train, with 1001 cars, that circles the globe. Class warfare, social injustice and the politics of survival play out in this riveting television adaptation.

“In only its first season this insanely brilliant series, with incredible actors takes us through the ultimate journey of what could potentially be the aftermath of global warming,” said Mary Ellen Thomas, WBHE Senior Vice President, Originals, Animation & Family Marketing. “Get ready for the ride of a lifetime as you binge watch the entire first season on Digital, Blu-ray & DVD!”

SPECIAL FEATURES
Overview
Class Warfare
Jennifer & Daveed – Behind The Scenes Interview
The Train
Behind the Curtain: Art of the Frozen World

10 ONE-HOUR EPISODES
First, The Weather Changed
Prepare to Brace
Access is Power
Without Their Power
Justice Never Boarded
Trouble Comes Sideways
The Universe Is Different
These Are His Revolutions
The Train Demanded Blood
994 Cars Long

DIGITAL
The first season of Snowpiercer is also available to own on Digital. Digital allows consumers to instantly stream and download all episodes to watch anywhere and anytime on their favorite devices. Digital is available from various retailers including Apple TV, Amazon Video, Google Play, Vudu, PlayStation, Xbox and others. A Digital Copy is also included in the U.S. with the purchase of specially marked Blu-ray discs for redemption and cloud storage.

About TNT
TNT, a WarnerMedia brand, is watched by more people than any other cable network and known for big, lean-forward television that gives viewers the best seat in the house for electrifying stories, dynamic characters and thrilling events. TNT is home to some of television’s most popular original series including ”Snowpiercer,” ”The Alienist: The Angel of Darkness,” “Animal Kingdom” and ”Claws.” TNT is expanding its programming to include premium unscripted with the docuseries ”ShaqLife.” TNT also presents popular shows such as ”Bones” and ”Castle,” in addition to primetime specials and sports coverage, including the NBA and NCAA Division I Men’s Basketball Championships and the professional wrestling league All Elite Wrestling (AEW), which has exploded onto the scene with “AEW Dynamite,” premiering as the night’s #1 wrestling show. Website: www.tntdrama.com